Today, members from 12 different Nations came together to celebrate the Hellenic National Day, at the “Ugo Mara” Barracks.
The event celabrated two important events in the Hellenic-Orthodox calendar: the announcement to the Holy Virgin that she would become the mother of Jesus and the anniversary of the 25 March 1821 revolution.
The NRDC-ITA Hellenic Contingent senior National Representative, Brigadier General Christos Drivas, led the celebration, in front of His Eminence, the Most Reverend Theophylaktos, the Greek Consul  and NRDC-ITA Staff, including the Deputy Commander, Major General Sir George Norton.
The Hellenic National Day, also known as Greek Independence Day, is a national holiday celebrated in Greece on the 25th of March.  The Greek revolution ended in 1829 with the establishment of an independent Greek state. 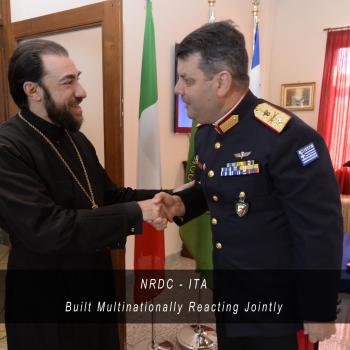 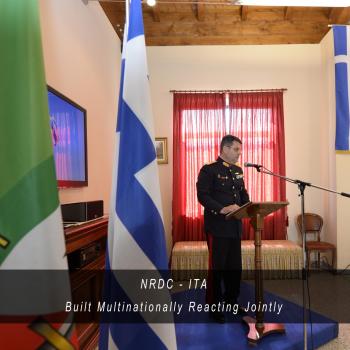 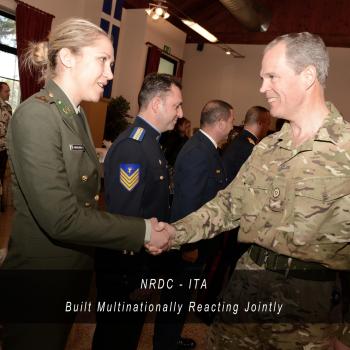 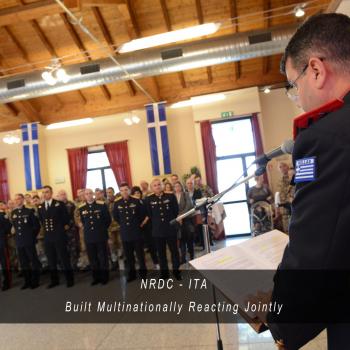