SOLBIATE OLONA (VA), MAY 24th 2016 - Today at the “Ugo Mara Barracks” in Solbiate Olona (VA), home of the NATO Rapid Deployable Corps Italy (NRDC-ITA), the multinational Staff celebrated the Hungarian National Day.
After the National anthems, the Hungarian Senior National Representative, Brigadier General Zoltàn GULYAS, pointed out that: "Today we remember the strong desire of independence that inspired Hungarian revolutionaries back in 1848. A common wish for freedom of press, religion and an independent Parliament of Hungary. Let me also celebrate Arthur Görgey, Hungarian General and Secretary of War, that during the revolution and war for independence (1848-49) from the Austrian Empire, after a 17-day siege, on the 21st of May 1849 recaptured Buda castle”.
The Hungarian Revolution represents an important step on the path toward independence and the establishment of the first independent Hungarian Army. Lieutenant General Riccardo Marchiò, NRDC-ITA Commander, emphasized how the common values of freedom and independence in all NATO Countries are still representing an inspiration for the multinational Staff serving at NRDC-ITA today. 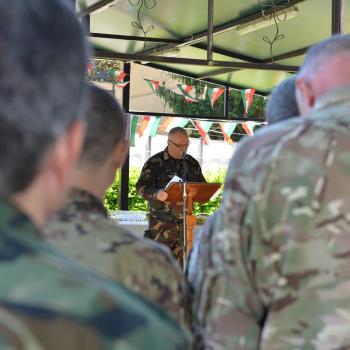 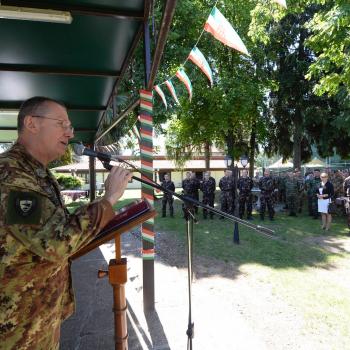 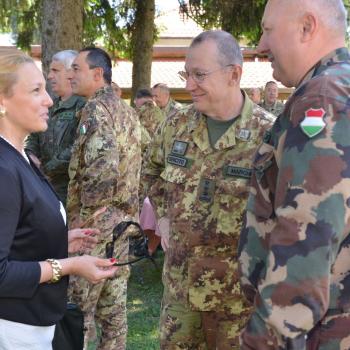