Solbiate Olona (VA), 29th September 2016 – In the presence of Lieutenant General Danilo Errico, Chief of Italian Army, and local civilian authorities, took place the Change of Command ceremony between Lieutenant General Riccardo Marchiò and Major General Roberto Perretti.
“General Marchiò’s time in command has been a particularly intense and dynamic period - Lieutenant General Errico said - in which you have achieved brilliant results as much on the operational and organizational level as on the conceptual one. Thanks to the intuition and perseverance of General Marchiò, the NRDC-ITA has been reorganised on a three-pillars framework which, in addition to the “operations” and “support” divisions, also includes an “influence” division, which is in charge of the coordination of both kinetic and non-kinetic operations, the effects of which play an important role in today’s crisis resolution”.
A special thank has been dedicated by General Marchiò, to women and men of the Mara, to his Command Group who have enabled the headquarters to successfully operate in a multi-national environment.
Addressing the authorities and representatives of local associations and organizations, Lieutenant General Marchiò recalled the positive outcome the presence of the HQ has on the economy and the excellence the bonds have reached over the time with the local communities and academic world.
Assuming the responsibility of the HQ, Major General Roberto Perretti, NRDC-ITA incoming Commander, thanked the military chain of command for relying on him and wished Lieutenant General Marchiò all the very best for his new appointment as Commander of the Land Forces Command and Army Operations Centre, based in Rome. 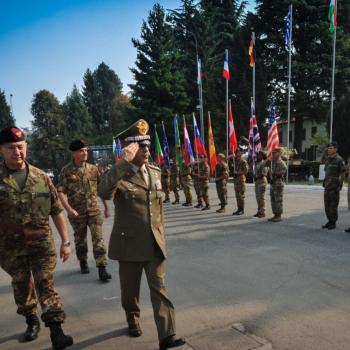 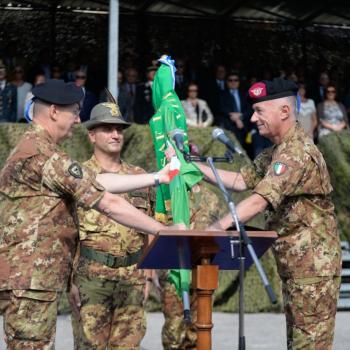 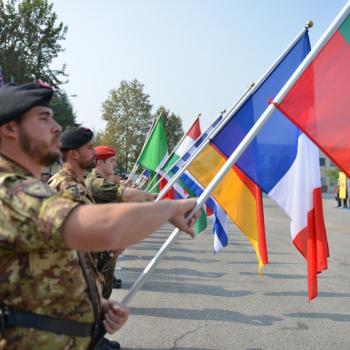