SOLBIATE OLONA (VA), 19th May 2017 - Today at the “Ugo Mara Barracks” in Solbiate Olona (VA), home of the NATO Rapid Deployable Corps Italy (NRDC-ITA), the multinational Staff celebrated the Hungarian National Day.
After the notes of the Himnusz, the Hungarian National anthem, the Senior National Representative, Brigadier General Erno Peter Siposs in his speech remembered the values and the desire for independence that inspired the Hungarian revolutionaries, back in 1848, and the sacrifice of those brave soldiers under the lead of Arthur Görgey, Hungarian General and Secretary of War.
The Hungarian Revolution marked an important step on the path toward independence and the establishment of the first independent Hungarian Army.
Isten, áldd meg a magyart - God, bless the Hungarians - … and NATO allies. 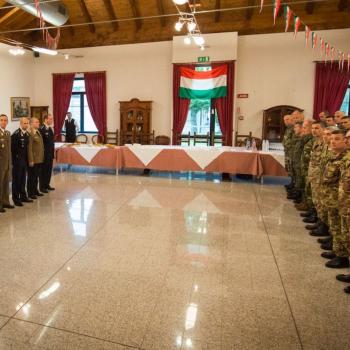 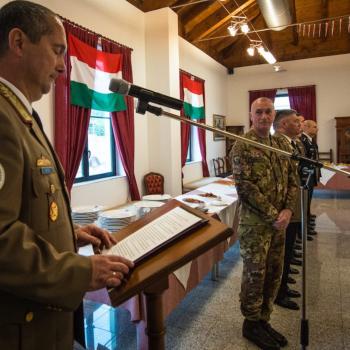 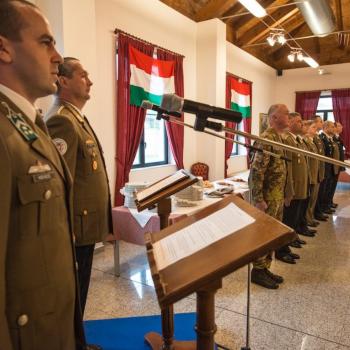