Solbiate Olona (VA) – 24 May 2017. Today, at Ugo Mara barracks, NRDC-ITA Commander, Lieutenant General Roberto PERRETTI, welcomed Lieutenant General (HE A) Dimitrios BIKOS, NRDC-GR Commander.
After receiving honours by a cordon Flag, General BIKOS attended a briefing on the activities carried out by the NRDC-ITA with a particular focus on the transformation required by shifting from a Joint Task Force HQ to the role of Land Component Command of the enhanced NATO Response Force (eNRF), a responsibility to be taken by the NRDC-ITA in 2018.
The visit, aimed at strengthening the cooperation among sister HQs of the NFS (NATO Force Structure), is a further step forward improving synchronization, effectiveness and interoperability. In fact, the NRDC-ITA together with the NRDC-GR and 7 other High Readiness Forces (Land) HQs are among the Land deployable headquarters of the NATO Force Structure, which includes also a package of Graduated Readiness, Joint and Maritime forces. 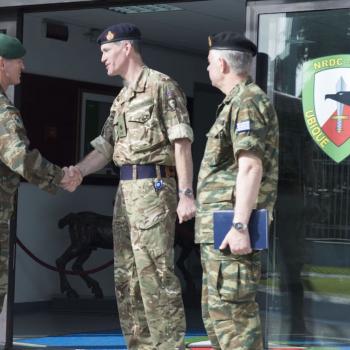 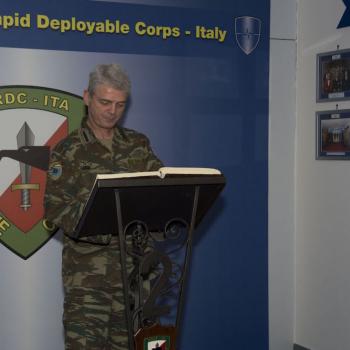 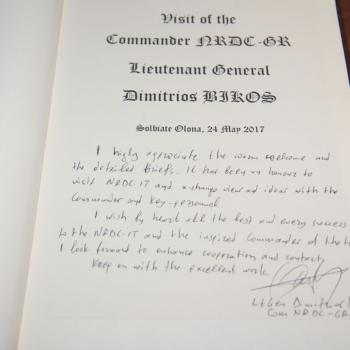 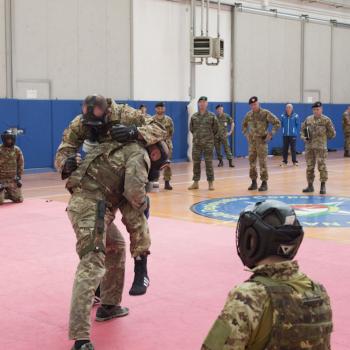 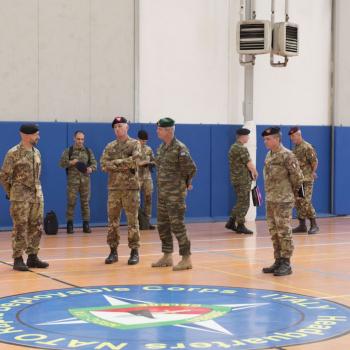