SOLBIATE OLONA (VA), 17th July 2017 - Today at the “Ugo Mara Barracks” in Solbiate Olona (VA), the NATO Rapid Deployable Corps Italy (NRDC-ITA) multinational Staff celebrated La Fête Nationale.
La Fête Nationale was anciently the Fête de la Fédération, a massive holiday festival held throughout France in honour of the French Revolution. It was the precursor of the Fête Nationale - French National Day - which is celebrated every year in France on July 14, celebrating the Revolution itself, as well as National Unity. First celebrated in 1790, it commemorated the events of 1789 which had culminated in a new form of national government, a constitutional monarchy led by a representative Assembly. The inaugural fête of 1790 was set for July 14th, so it would also coincide with the first anniversary of the storming of the Bastille although that is not what was itself celebrated.
“Fraternité as a part of French national motto, is also a common value flow through the multinational staff of NRDC-ITA” said Colonel FOUYET, Senior French Representative at NRDC-ITA  - “we feel it every day working shoulder by shoulder with all our allies. 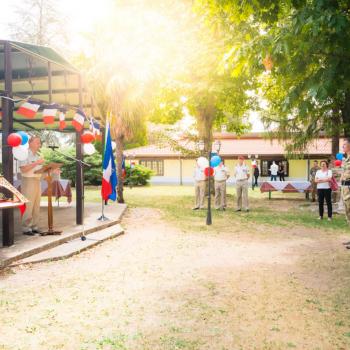 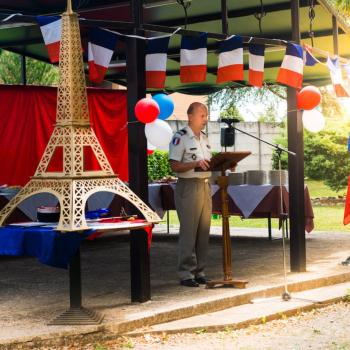 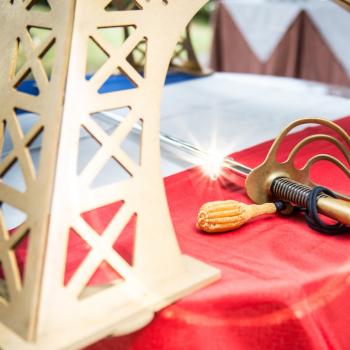 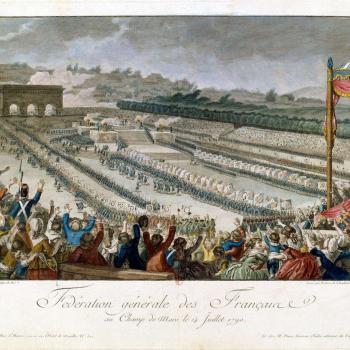