Parma, 5th September 2017 - The signing ceremony of the Memorandum of Cooperation (MOC) between Parma University and the NATO Rapid Deployable Corps Italy was held on 5th September 2017.  Signed by Rector Vicarious, Prof. Giovanni FRANCESCHINI, by Pro Rector, Prof. Gino GANDOLFI from the Department of Economics and Management, and by NRDC-ITA Chief of Staff, Major General Maurizio RICCÒ, the MOC represents the base line for a fruitful cooperation with the University and the HQs for the better understanding of crisis and the development of a deeper knowledge of their root causes.
“If the solution of a problem is indeed in the problem itself - Major General Maurizio RICCÒ said - non-military experts can provide their analysis in the Economic, Social, Political, Infrastructural and Information domain, so providing the Commander with a more robust set of information which are vital for finding the best possible solution and a long lasting normalization of a crisis via the implementation of a military campaign. In fact, the military option can nothing achieve alone when crisis become multidimensional and highly complicated. Other domains have to do their part in solving the problem which has to be faced via the so called comprehensive approach. 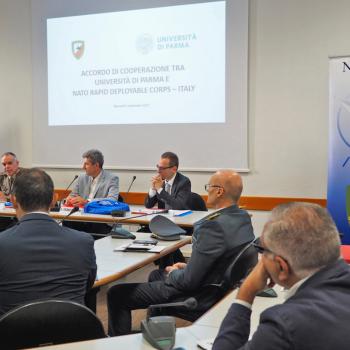 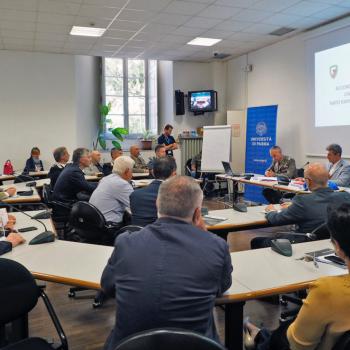 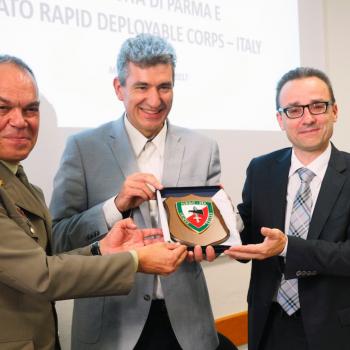