The NATO Response Force (NRF) consists of a technologically advanced, flexible, deployable, interoperable and sustainable force including land, sea and air elements ready to move quickly to wherever needed, as decided by the North Atlantic Council.

The NATO Response Force (NRF) is a technologically advanced, multinational force made up of land, air, maritime and Special Operations Forces components, that are rapidly deployable. It provides collective defence and a rapid military response to an emerging crisis. In addition, it can perform peace-support operations, provide protection to critical infrastructure and support disaster relief. 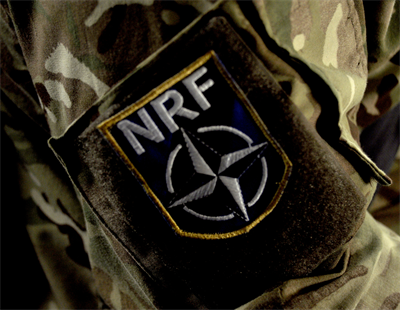 The NRF structure is comprised of 3 parts:

Allies and partner nations have to meet strict standards to participate to the NRF. As a result, during the 6-18 month period prior to assuming the role of an NRF high-readiness unit, various training and exercises are held to integrate the national contingents and standardize their procedures.

Following the Wales Summit in 2014, Allies decided to enhance the NRF by creating a Spearhead Force within it. The Very High Readiness Joint Task Force was formed to better respond to the changing security environment to the east and south of the Alliance’s borders.

NRDC-ITA was certified 4 times and entered the NRF stand-by period in 2004, 2007, 2011 and 2018. After the 2011 NRF "tour of duty", the Lisbon Summit followed, and NRDC-ITA along with the Italian Defence, started to focus on providing the NATO Force Structure with a Joint Command and Control Capability.