Past Conference and Seminar

Past Conference and Seminar 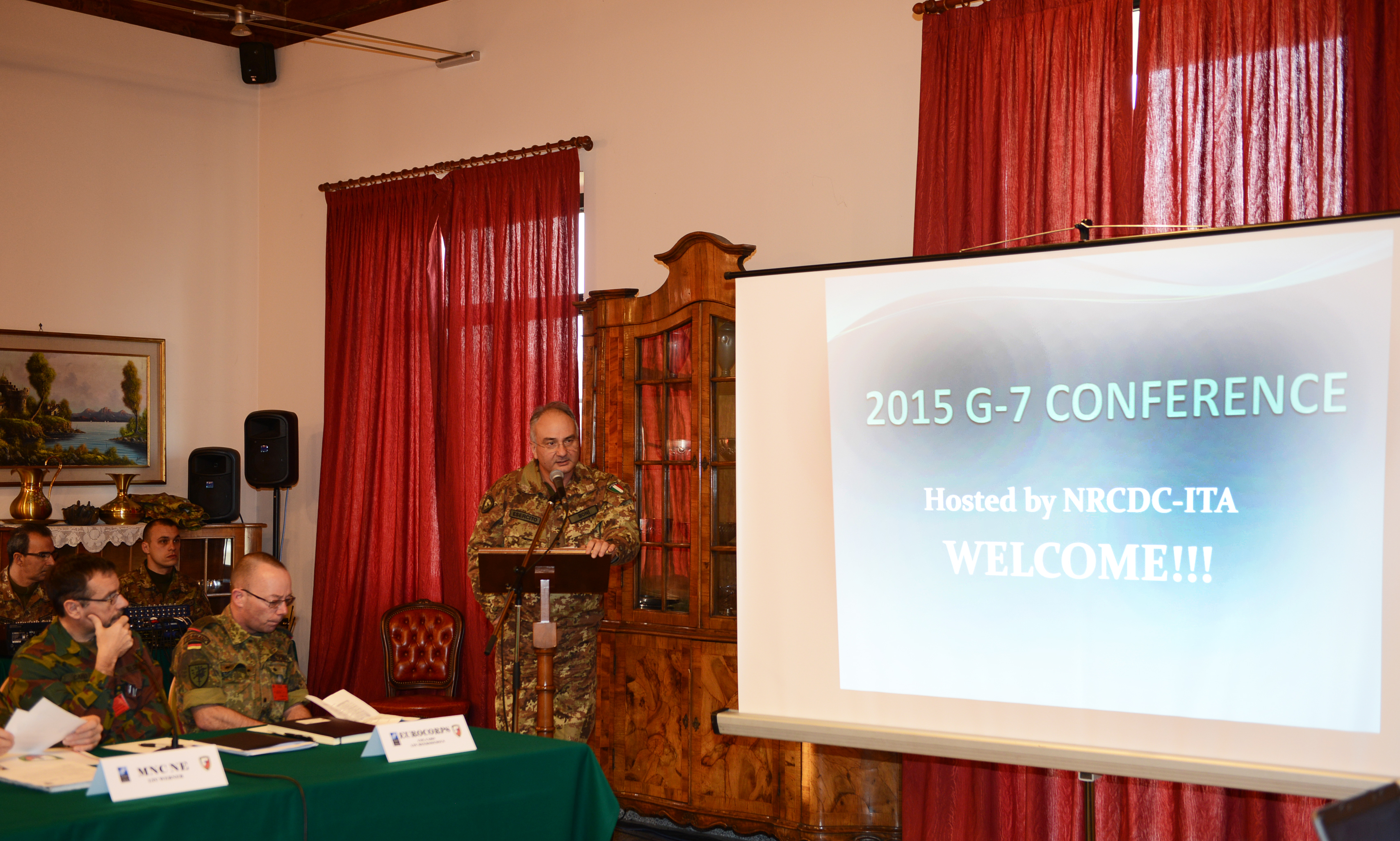 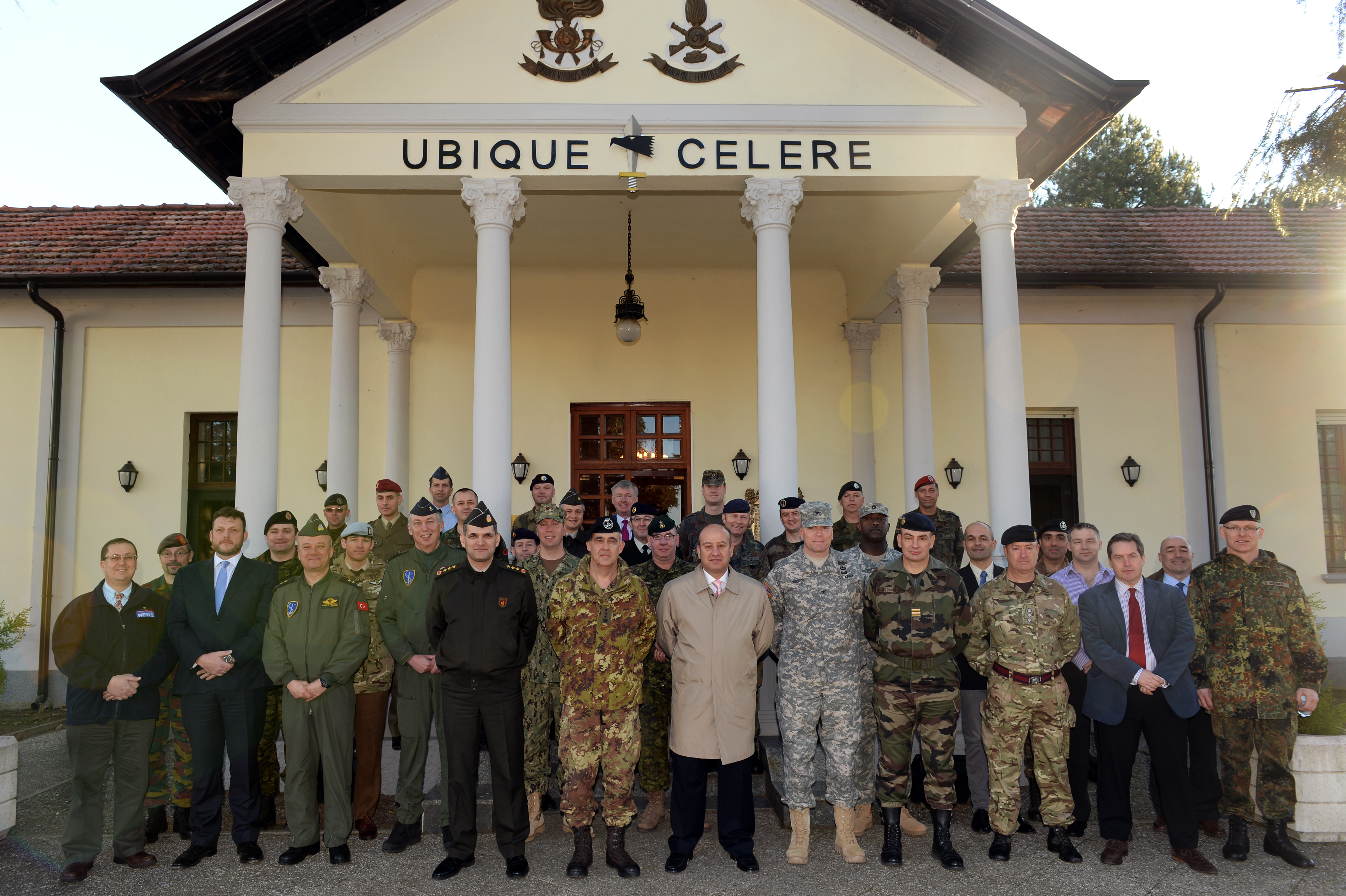 The Training Conference 2015-1 was held from 03 to 05 March 2015, hosted by NRDC-ITA HQ, in Solbiate Olona (VA), Italy.
The event has been very succesfully in bringing together the NATO Land Training and Exercise Community for a series of necessary and fruitful discussions.
The partecipation of all the Graduated Readiness Force- Land (GRF-L) Corps and the vast majority of NATO Command Structure (NCS) elements ensured the broadest dissemination of information ans action items throughout the audience.

The overall aim of the activity was to solidify the requirements for training and exercises "mutual support" in 2016/17 and provide forecasts for 2018/19.
It also been a venue to discuss and exchange on key issues related to the training environmentand the necessity to adopt a better supporting mechanism to prepare the GRF-L HQs to assume their new Joint Task Force ( JTF) role.
In addition to the aforementioned participants, several Consultancy Companies attended the Conference conducting a round table to provide an overview about their possible involvment in training and exercises in support of the NCS and especially, the NATO Force Structure. 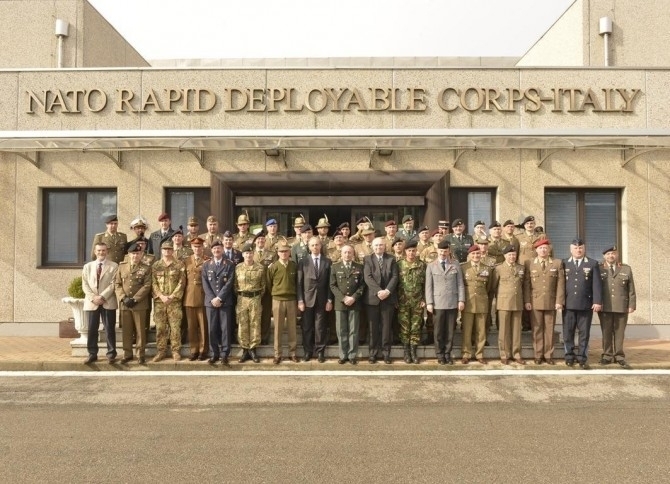 SOLBIATE OLONA (VA) 26 MARCH 2014 - NRDC-ITA staff explored new security dimensions with a seminar that focused on NATO transformation and cyber security, in Exercise EAGLE EYE, held at “Ugo Mara” barracks in Solbiate Olona, 26 March 2014.
Lieutenant General Giorgio Battisti, the NRDC-ITA Commander, welcomed diplomats, academics and senior commanders to the seminar, emphasizing that consideration of technology, training and a new mentality will be of relevance to the HQ as it continues transformation into a Joint Task Force HQ.
Topics of analysis included the Connected Forces Initiative (CFI), presented by Ambassador Gabriele Checchia, the Permanent Representative for Italy to NATO, who focused on the ability of the Alliance and its Partners to capitalize on the experience developed in recent operations and improving the ability to work together effectively.
Professor Julian Lindley-French outlined potential roles and structures in future NATO forces. He said: “Joint and integrated capabilities will be the bedrock upon which the NATO future force must be established, and central to the working-up of organic jointness.”
“Given the emerging strategic landscape, small NATO forces will need to operate across big spaces – land, sea, air, cyber and space. The challenge will be to properly balance ambition, resources and commitments.” As NRDC-ITA is currently in the build-up phase towards certification as a Joint HQ, this analysis of future capabilities was particularly relevant, as was consideration of areas in which NATO could enhance its training.Cyber terrorism and cyber defence was also a key feature of the seminar. The Chief of Staff of NRDC-ITA, Major General Rosario Castellano, said: “Cyber defence is a new dimension and domain, which requires new strategies and a new response.”
The audience then listened to Professor Marco Lombardi, who outlined a cognitive, comprehensive approach to cyber, which must be considered in a multidisciplinary way.
He said: “Cyberspace is something virtual, but virtuality is now reality.It is a real world in which we have to act. What we need is a new conceptual approach to this war.”
Finally, Colonel Tor Hylin from the Norwegian Army discussed how SHAPE manages the challenging strategic environment, and its evolving organisation and processes. This provided NRDC-ITA staff with an enhanced understanding of their higher headquarters with the aim of reducing the conceptual distance between SACEUR and his staff. 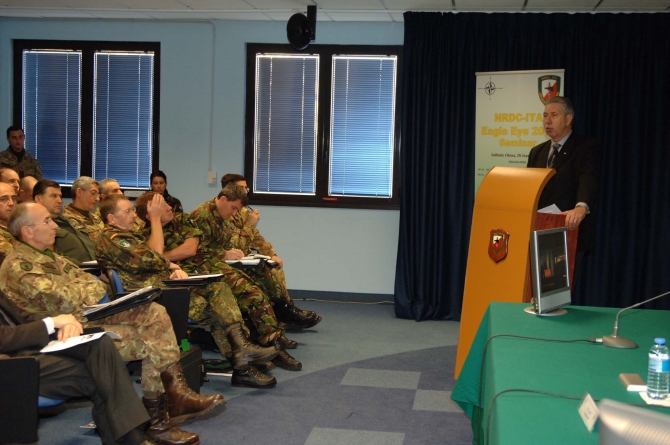 Another key element in achieving the standards required by NATO is in the area of Strategic Communication; the harmonious integration of actions and words, performed at various levels of political-diplomatic, economic and military interaction. To create the desired effects in support of policy objectives, reliable communication with key audiences and decision makers (whether neutral, friends and / or opponents), is crucial.
The fundamental pillars of this process are, specifically, to “understand" the broad spectrum of all available information and the "capacity" to change the perception of the Target Audience.

Solbiate Olona (Va), 28th January 2010 - “EAGLE EYE 2010”, a geo-strategic studies seminary, was held at the “U.MARA” barracks in Solbiate Olona, Italy, the headquarters of the NATO Rapid Deployable Corps Italy (NRDC-ITA), commanded by General Gian Marco CHIARINI.Distinguished speakers delivered lectures dealing with topics related to NATO’s role in the modern world and various possible geo-political scenarios. The presence of NATO’s Deputy General Secretary, Ambassador Claudio BISOGNIERO, one of the Alliance’s most senior figures, demonstrated the importance of the event. Ambassador BISOGNIERO opened the meeting, by highlighting the possible causes of future conflicts and the likely challenges the Alliance may have to face over the next decade and beyond. There then followed a series of lectures delivered by: Professor Massimo DE LEONARDIS, Politic Science Department‘s Director to “SACRO CUORE” University in Milan, General Carlo CABIGIOSU, the first Italian officer to take command of a NATO led multinational military force (Kosovo Force, KFOR) and Professor Andrea MARGELLETTI, president of the International Studies Center (Ce.S.I.). All lectures concerned the new role of NATO in the current geo-political environment, and on how military training must evolve and the importance of strategic communications in current asymmetric conflicts.

General CHIARINI declared that “the day’s event, was invaluable in allowing all of us to gain a valuable insight, from recognised experts, into the ever evolving global geo-political situation. Furthermore it has allowed the NRDC to focus on the likely challenges that it will face when it takes responsibility for the NATO Response Force in 2011. In addition this has been an unique occasion in allowing us to share and compare solutions to problems and challenges that we will undoubtedly face today and in the future.”


Also planned, are many specific activities for personnel across the various operational areas of the HQ NRDC-ITA. These activities include the improvement of the individual training to the execution of specific seminaries and specific task orientated training courses