Solbiate Olona, 24th April 2018. With a short and heartfelt ceremony held today at the Headquarters of the NATO Rapid Deployable Corps Italy (NRDC-ITA), the Main Briefing Room was named after Lieutenant General Fabrizio CASTAGNETTI, the first NRDC-ITA Commander and formerly Chief of the Italian Army General Staff, who passed away on 13th January. Mrs Teresa Ghezzi Castagnetti, representatives of the family and Officers of the HQ were present at the ceremony.
Lieutenant General Roberto PERRETTI, NRDC-ITA Commander, commencing the ceremony wanted to remember the man who laid the foundations for the NRDC-ITA success story and General Castagnetti's extraordinary skills as an innovator, a chief able to push the Army to make a leap forward in terms of efficiency and modernity with improvements still well-recognized by both Commanders and Soldiers.
From the diaries of General Castagnetti, Mrs Teresa retraced the moments of the foundation of this Headquarters, when the infrastructure housing it was still temporary and all the difficulties that arose from this. At that time the NATO certification was approaching and an indestructible enthusiasm and positive willpower from all of its members was tangible. 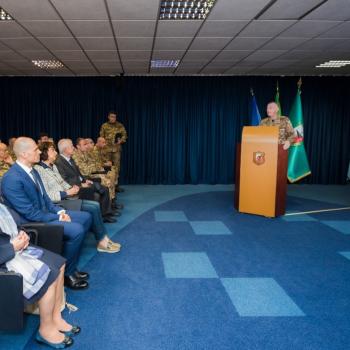 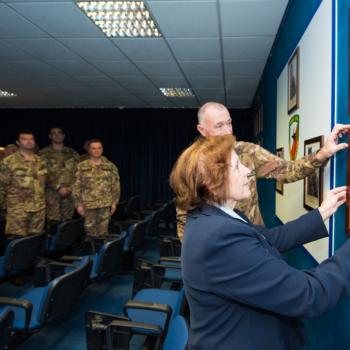 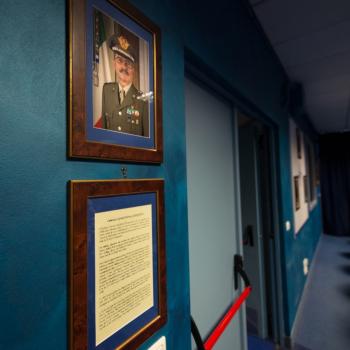 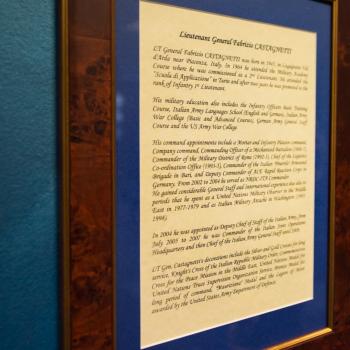