Vice Admiral Giuseppe CAVO DRAGONE, Commander of the Italian Joint Operations Headquarters (JOHQ) visited the NATO Rapid Deployable Corps-Italy.
The Admiral received briefings on the force readiness of this Headquarters, the structure,skillsand tasks.
Details were offered on the flexibility the NRDC-ITA had to develop to be suitable for covering different roles such as Land Component Command, Army Corps and Joint Task Force, different configuration so to cope with any high-intensity operation, either for NATO, the European Union or a Coalition of Willing.
The strong commitment being made in favour of subordinate and affiliated Units has also been highlighted in the briefing, in particular, training activities for both international and national Units, such as the “Ariete” Armoured Brigade which is at the time being in the role of Very High Readiness Joint Task Force (VJTF-L) for the Land Component of the NATO Response Force.
It was also brought to attention the ability of the NRDC-ITA to monitorandanalyse emerging threats from area of instability close to NATO borders, such as those coming from the so called “Southern Flak”. In this respect the headquarters is actively cooperating with the Hub for the South established by NATO within the Joint Force Command in Naples.
The “understand, empower,operationalise the process” approach is the practical and conceptual foundation for all NRDC-ITA initiatives, and aims both to improve its Joint capabilities and to achieve a mindset best suited to accomplish all NATO tasks, future and present. 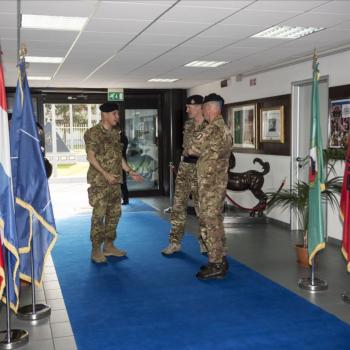 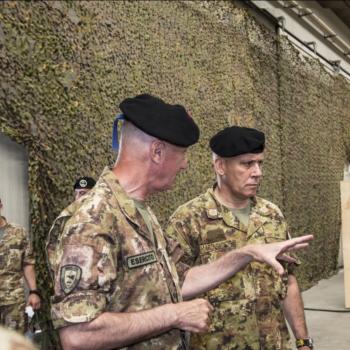