NRDC-ITA hosts the Commander of the NATO Allied Land Command 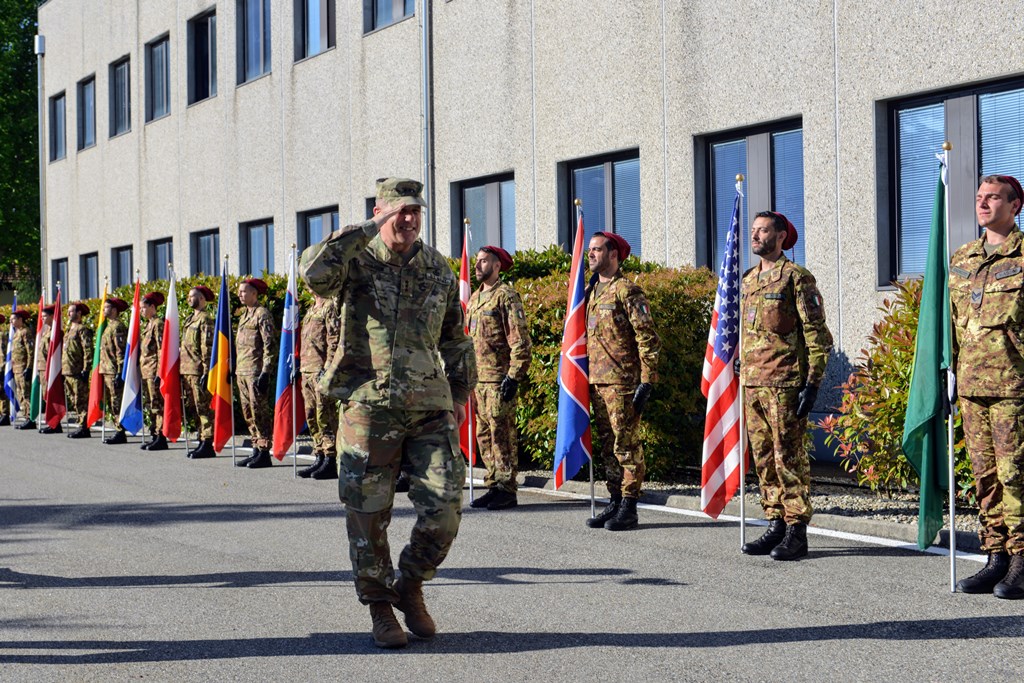 Lieutenant General John C. Thomson (USA), Commander of the NATO Allied Land Command (LANDCOM), visited the NATO Rapid Deployable Corps Italy (NRDC-ITA) today.
After being welcomed by NRDC-ITA Commander Lieutenant General Roberto Perretti, Lieutenant General Thomson attended several briefings on the structure, capabilities and the tasks currently being undertaken by NRDC-ITA.
The Lieutenant General was updated on the developments that are allowing the NATO Command in Milan to reconfigure itself as a warfighting Army Corps, a process of adaptation after having held the role of Land Component Command of the NATO Response Force (NRF) last year.
In this regard, a dossier of the HQ’s experiences during NRF18 was passed to LANDCOM Commander in order to better inform NATO HQs programmed to hold the LCC role in the future. Furthermore, there were presented new concepts that NRDC-ITA is developing, in order to remain both flexible and agile.
The activity continued with an overview of the training and academic activities that NRDC-ITA has conducted since the last visit. These include the “Eagle Eye 2019” workshop, a seminar held last month, during which potential scenarios which would necessitate an Alliance response were examined in depth.
Moreover, during the day, the Commander of LANDCOM was also able to witness some of the activities involved in the "Best Warrior Leader Competition", an event that is aimed to test the core military skills of agility, strength, shooting and orientation. It was a chance to see the attitude of the Command, meet some of the soldiers that work at the Ugo Mara Barracks and experience the cohesion that exists among the international members of NRDC-ITA.
At the end of the visit General Thomson congratulated the personnel, emphasizing the synergy, professionalism and passion found in the staff of NRDC-ITA. The visit of the LANDCOM Commander was another occasion for NRDC-ITA to show its capabilities and to reaffirm itself as an organisation ready, willing and able to support the Alliance in its three "core tasks", collective defense, crisis management and cooperative security. 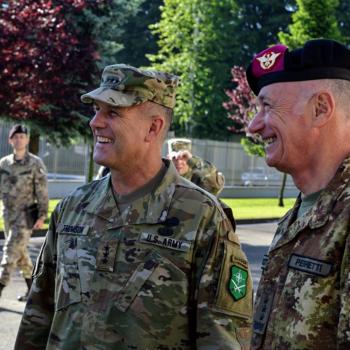 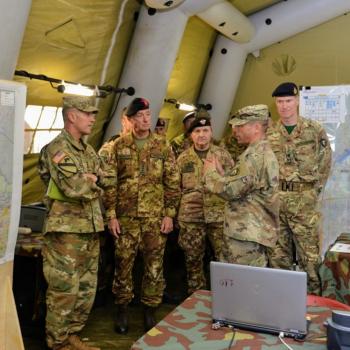 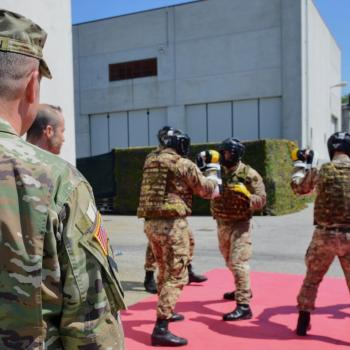 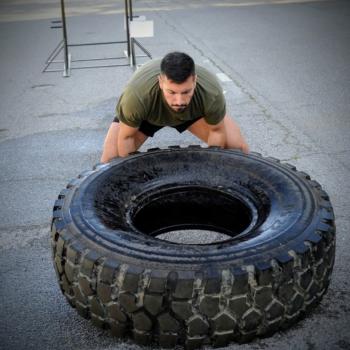 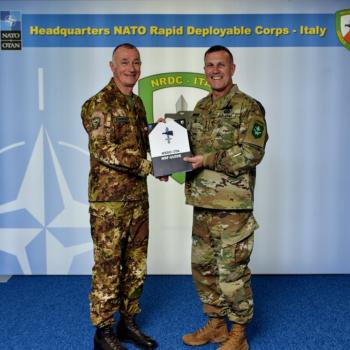