More then 160 staff members of the NRDC-IT Headquarters participated in a major NATO exercise that took place off the west coast of Scotland from 15-26 September 2003. 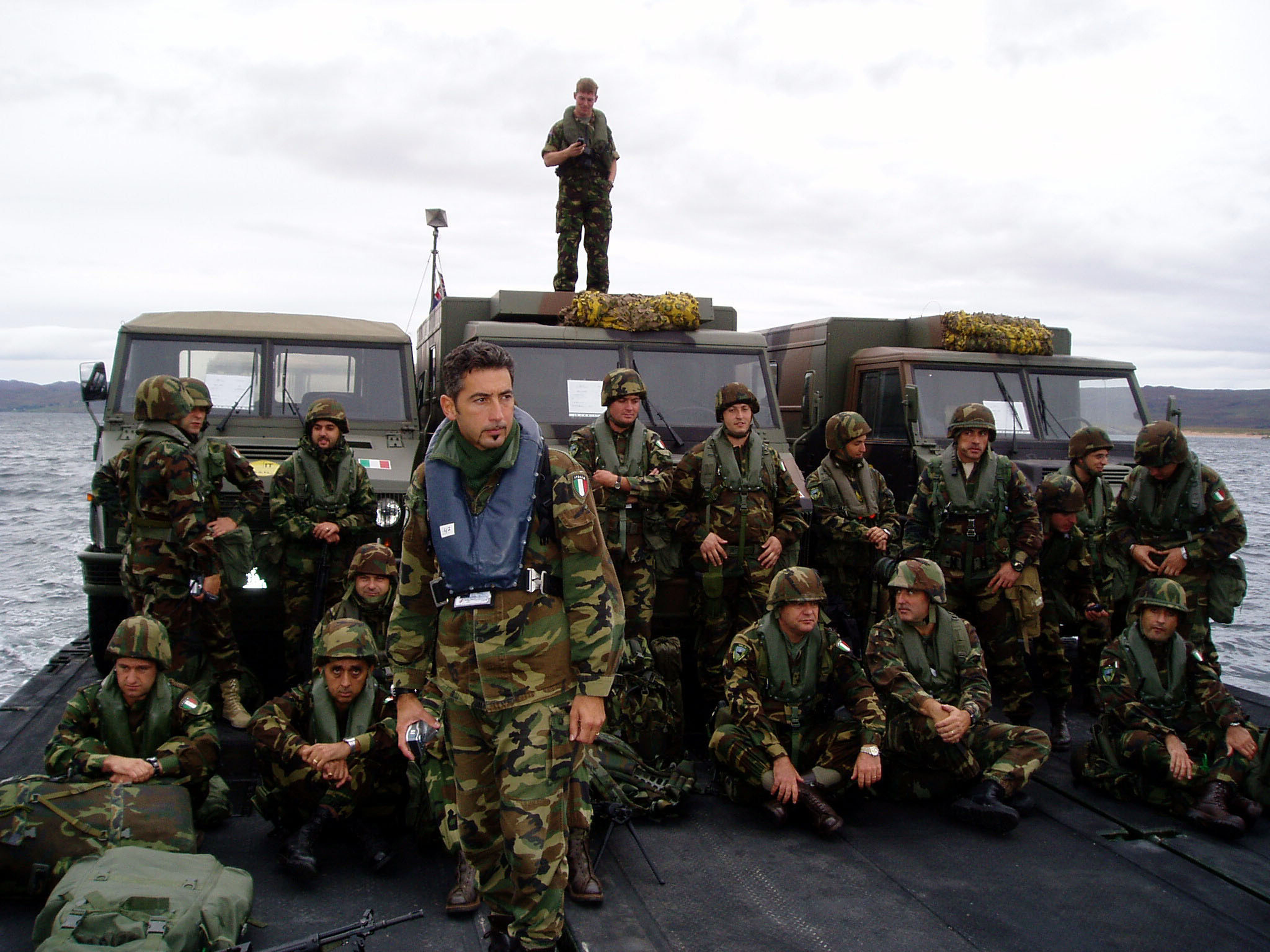 More then 160 staff members of the NRDC-IT Headquarters participated in a major NATO exercise that took place off the west coast of Scotland from 15-26 September 2003.
After more than 2 weeks on board of HrMs (NL) ROTTERDAM amphibious ship, the members of NRDC-IT advance Command Post, Early Entry, landed Sunday at dawn on the sandy beach of Luce Bay in order to respond to a crisis situation in LOWLAND (Scotland).

The small but highly deployable Command post once landed, reached the West Freught airport setting up its facilities and satellite communications and started liaising with the multinational amphibious component, Ukrainian and French marines, that have landed the day before.” This is an extraordinary training experience that allows us to work in a maritime and amphibious environment and tests our command, control, and communication assets too”, the Chief of Early Entry Team, Italian Army Brigadier General Camillo De Milato, said.
The landing was conducted in two different waves, one by air using helicopters and the other by sea using a mobile dock called mexefloate where all the vehicles were placed (see picture).

The Early Entry is a versatile command post that precedes the much larger Main Headquarters into a chosen theatre and sets the conditions for the arrival of the forces. Its satellite communications assets consist of an EUTEL and INMARSAT links that guarantees video-teleconference, voice and data services.” We did a rehearsal of loading and landing operations with the Amphibious Task Group along the North West coast of Scotland some days ago and when we arrived here we know exactly what to do” an Italian soldier of the 1st Signal regiment said.
NRDC-IT Commander, Lt General Fabrizio Castagnetti, sees this exercise as a step forward in the build up of a joint mentality to the creation of the NRF. Especially for his staff that will play the role of Land Component Command for NATO Response Force 3 (Three) in July 2004 through December 2004.Northern Light is based on a fictitious scenario depicting an armed insurgency in a non-NATO country threatening broader security interests. Based on a formal mandate by the United Nations, NATO is requested to assist in restoring stability to the country and enforce an arms embargo by deploying a Joint Task Force with an amphibious capability.