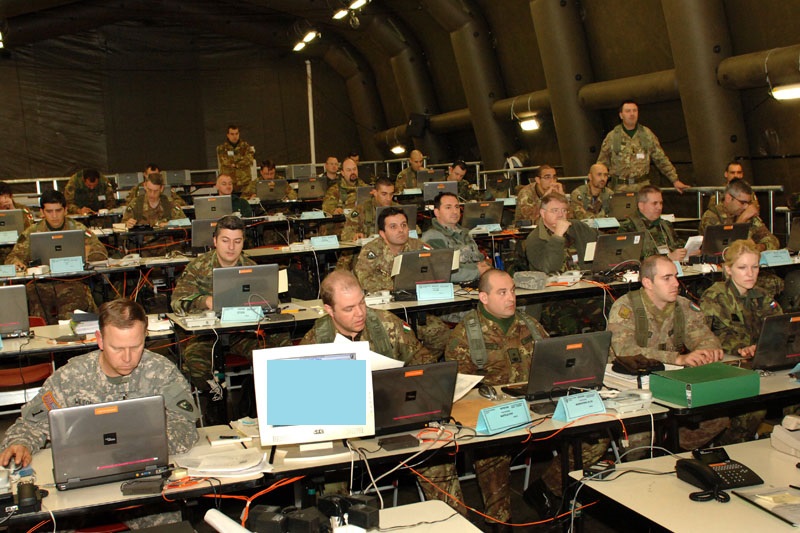 The exercise represents a good opportunity to improve the command and control (C2) relationships among the land components headquarters and units; the Taurinense Alpini Bde designated as NRF Brigade will deploy its Command Post as well as the Chemical Biological Radiological Nuclear (CBRN) Defense Battalion inaugurated last December 2003.The Corps will test its procedures for planning, mounting and conducting a joint, combined Crisis Response Operation (CRO) based on the Combined Joint Task Force (CJTF) and NRF concept; the aim is to exercise NRF roles and responsibilities at tactical levels of command in order to validate NRDC-IT as LCC capable of managing the land NRF package forces. NATO Rapid Deployable Corps-Italy will conduct a two weeks exercise at the end of March, in a training area in North West of Italy, as part of the preparation for the taking over of the Land Component Command (LCC) role from 1st of July 2004 within the NATO Response Force 3 (NRF3) structure.

The exercise will be divided in two phases: the first one developed in a NRF scenario where the NRDC-IT will deploy a tailored Command Post able to conduct Non-combatant Evacuation Operation (NEO) and Counter Terrorism, and the second one where the Corps will act as High Readiness Force (HRF) Headquarters within a follow on force deployed after the NRF. Exercise Eagle Landing will be attended by delegations coming national and international headquarters from Army, Navy and Air Force that will act as response cells; in particular ACE Rapid Reaction Corps (ARRC), based in Germany, will play the role of Deployable Joint Task Force Hq, the Combined Air Operations Center 7 based in Larissa (Greece) as Air Component Command (ACC) and COMITMARFOR, based in Taranto (Italy), as Maritime Component Command. Furthermore there will be cells from the 1st IT Mechanized Division based in Vittorio Veneto, an Hungarian Division, an Hungarian CIMIC Coy, a Multinational Specialized Unit (MSU) Battalion and all the Combat Service and Combat Service Support units assigned to NRDC-IT.