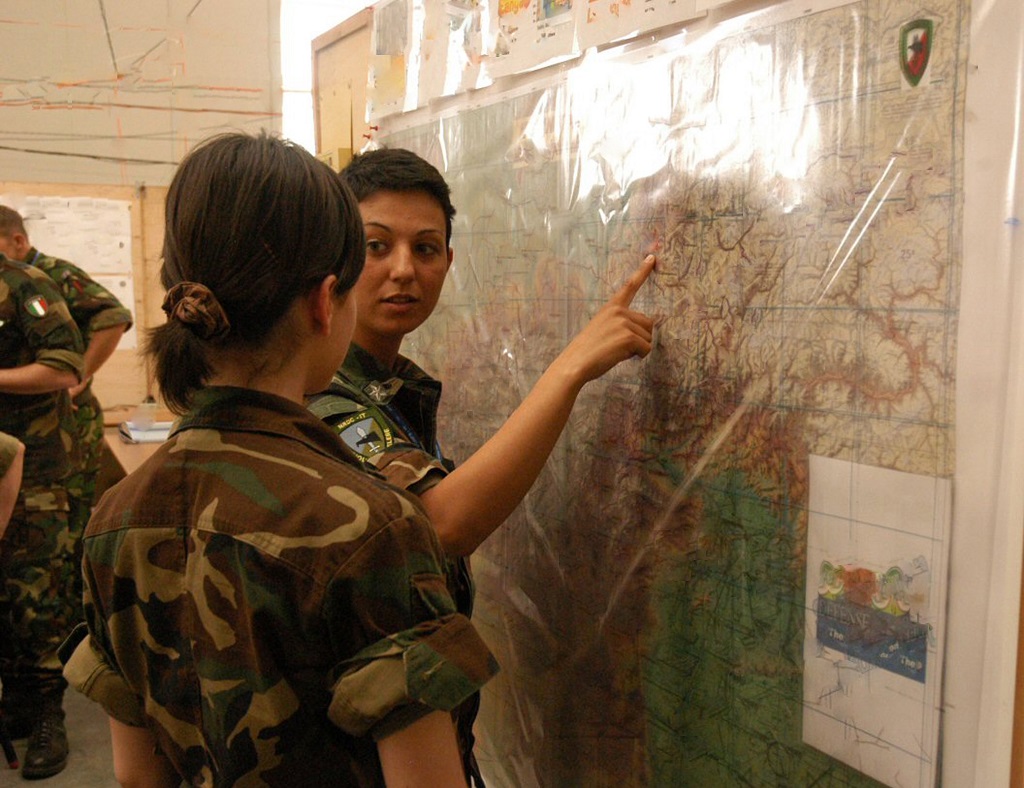 After months of preparation, HQ NRDC-IT has finally begun its main preparatory exercise for assumption of Headquarters ISAF. Exercise EAGLE ACTION 05 will be held in “Ugo Mara” Barracks and will continue until 13 May 05.

The Exercise will train and test the officers and soldiers of HQ NRDC-IT who are destined to deploy to Kabul in August in order to man the NATO-sponsored ISAF mission.
The Exercise has been designed in close cooperation with the NATO operational Headquarters directing the Afghan mission,Joint Force Command Brunssum. The programme, based on the real situation in Afghanistan and dealing with contemporary issues, will familiarise the Staff with all of the operational, political and cultural situations they could encounter, including crises. As well as focusing on the support of the Afghan Government and NATO’s expanding role in the country, the Staff will have to plan around accidents and natural disasters which make the country such a challenging theatre of operations.

Scope of the Exercise
The Staff will be trained in a specially constructed mock-up of HQ ISAF, representing all the branches and advisory cells of that command centre. The CP has been built over the past month by the Corps’ Signal Brigade, providing the 220-strong training audience over 300 computers, satellite communications and all the command facilities they need to carry out their role in theatre, giving access to the latest information about the country.

In order to allow such comprehensive training, HQ NRDC-IT has planned Exercise Eagle Action since last autumn. The crucial aspect to direct the training is the Exercise Control, with over 100 staff. Experts from NATO units, JFC Brunsuum and HQ ISAF VII have a close interest in assisting training with contributions from HQ ARRC and NATO CIMIC Gps North and South. German and Canadian MOD presence along with the US Southern Europe Task American Force and Vicenza-based Battle Command Training Centre bring real theatre experience from outside NATO, alongside experts from International Commission of the Red Cross (ICRC) and the UN Assistance Mission to Afghanistan (UNAMA). National contributions from Italy in the form of the 28 th “ Pavia” Regiment and the Taurinense Alpini Brigade complement UK media trainers from Defence Media Operations Centre.