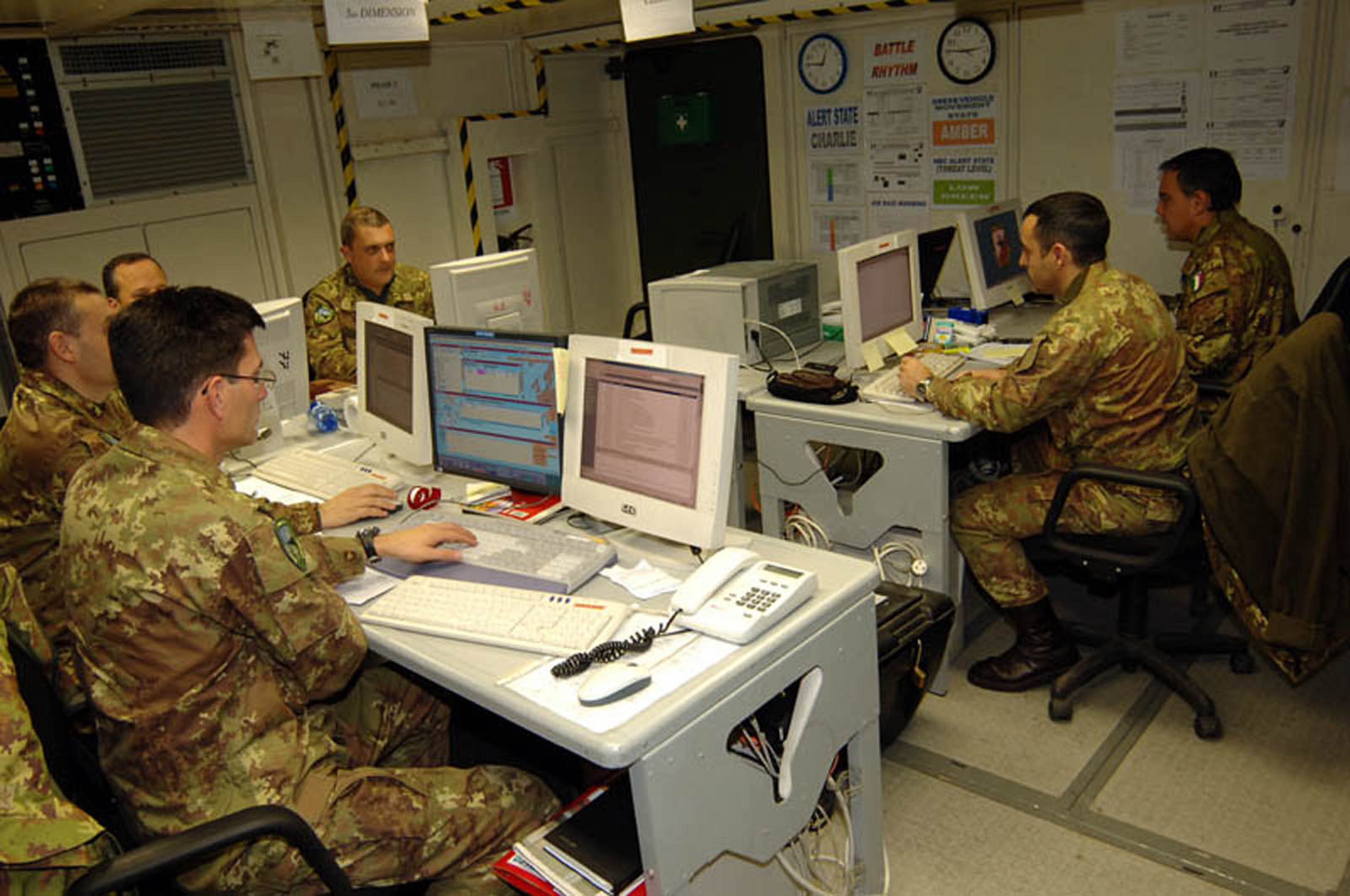 HQ NRDC-ITA today completed Exercise EAGLE NEST 3. This Command Post Exercise was designed to integrate recent newcomers to the Headquarters into the operational staff processes. It was also an opportunity to maintain the Headquarters’ and Support Brigade’s capabilities as they enter the last half of their six-month rotation as the Land Component Command element of the NATO Response Force.

The exercise, which was based upon the scenario created for pre-NRF training, confronted the staff with a challenging array tasks as it deployed its troops to a fictitious island that is experiencing civil disorder and a humanitarian crisis.

The mission was to restore safety and security in the region in order to allow the United Nations to conduct humanitarian operations unhindered. Whilst the exercise controllers threw every conceivable problem at the staff, the latter was able to provide for the restoration of security and support to the civil population through careful planning, operational expertise and thorough liaison.

Commenting on the five-day experience, the NRDC-ITA Deputy Commander Major General David Bill, who undertook the role of LCC commander during the exercise, said “despite the limited time-frame, this exercise provided an excellent opportunity for the HQ to integrate its new members and to put the polish on its own performance”