The Exercise is one of the annual training activities to keep NRDC-ITA at a high level of readiness. 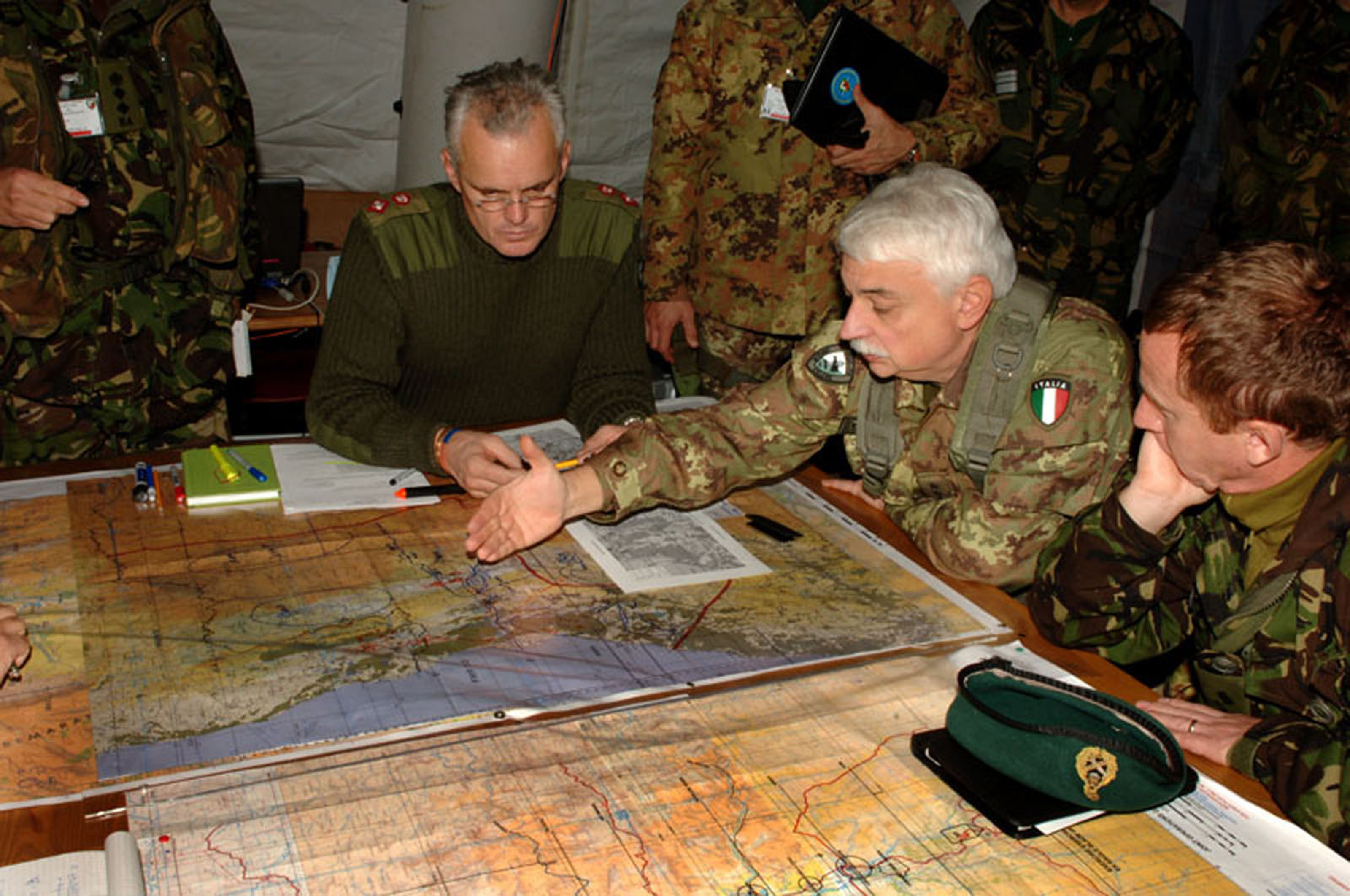 The Exercise is one of the annual training activities to keep NRDC-ITA at a high level of readiness. The Corps, in fact, can be deployed with a maximum of 30 days notice to move to every crisis area in the world. About 1,000 troops took part to the exercise, amongst them 50 from the 14 non Italian NATO contingents that join the NRDC-ITA. The “Eagle Blade 2009” has being prepared for some months, when every participant personnel have been inducted on the operational situation of the exercise.Cameri (Italy), 4th December 2009 - NRDC-ITA has just concluded the Exercise “Eagle Blade 2009”, held in Cameri military airbase (Italy) from the 26th November to the 4th December 2009. The aim of the Computer Assisted Exercise (CAX) “Eagle Blade 2009” was to train the staff personnel for the operational planning process within a NATO-led operation into a crisis area.

The integration between the NRDC-ITA field structures and the Italian Air Force facilities has been successful, and permitted to focus on the training-operational activities.

All the affiliated and depending units to the NRDC-ITA have been involved in the scheme of manoeuvre. During the activities, not only a logistics manoeuvre management has been conducted, but also many aspects related to the interaction with:

NRDC-ITA efficiently reacted to difficult fighting situations (kinetic operations), where the coordination of the staff has developed an effective and fluid chain of command and control.

The “Eagle Blade 2009” can be considered the road to the new NRDC-ITA commitment for 2010. The Corps, in fact, will be in charge of the NATO Response Force (NRF), which will be operational in 2011.

“The exercise has tested NRDC-ITA capability to successfully react to an unexpected crisis” – General Chiarini declared – “the positive outcomes received both by the visitors and the evaluation team demonstrated that NRDC-ITA is a Corps which NATO can rely on”.