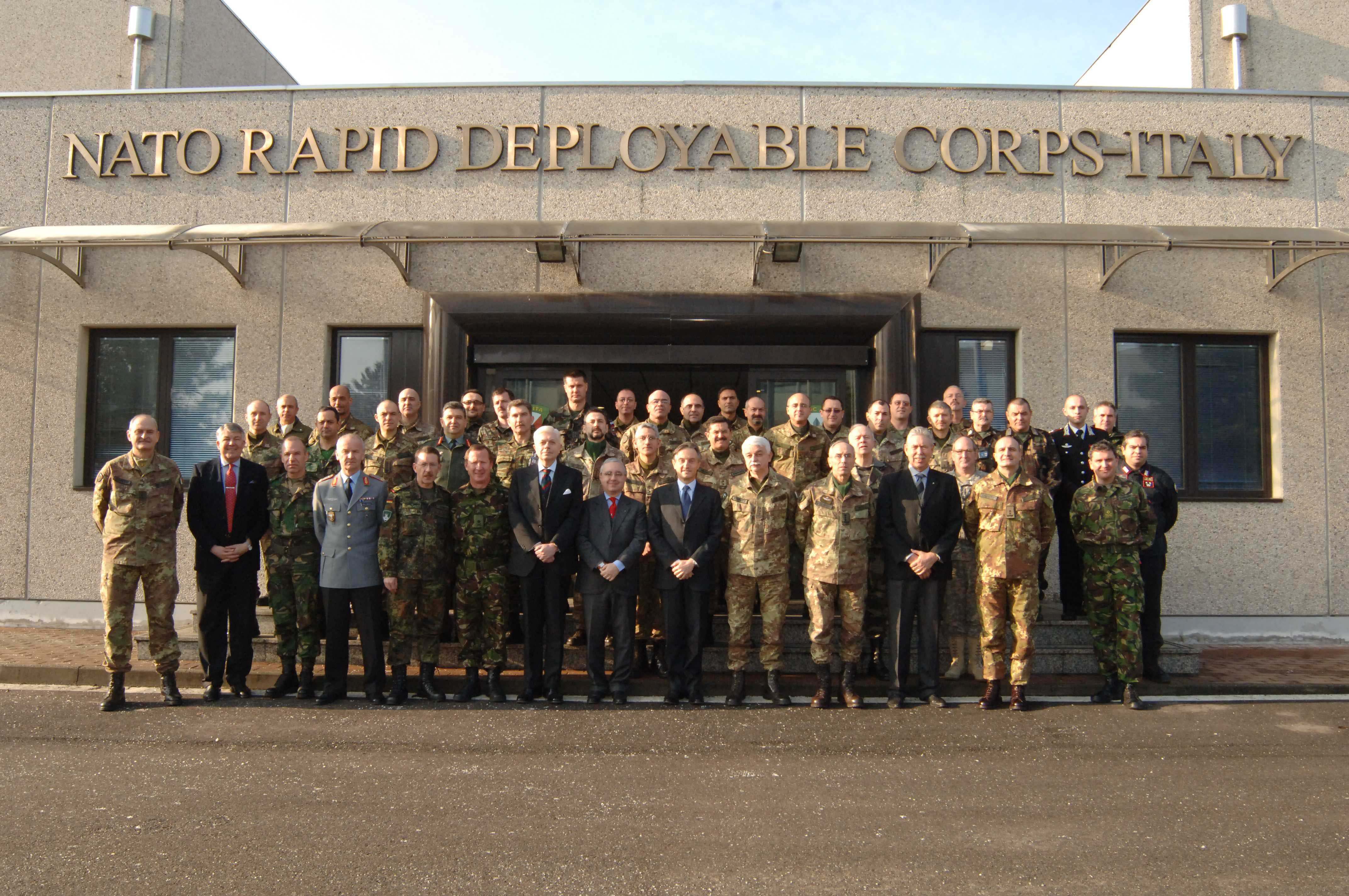 Distinguished speakers delivered lectures dealing with topics related to NATO’s role in the modern world and various possible geo-political scenarios. The presence of NATO’s Deputy General Secretary, Ambassador Claudio BISOGNIERO, one of the Alliance’s most senior figures, demonstrated the importance of the event. Ambassador BISOGNIERO opened the meeting, by highlighting the possible causes of future conflicts and the likely challenges the Alliance may have to face over the next decade and beyond. There then followed a series of lectures delivered by: Professor Massimo DE LEONARDIS, Politic Science Department‘s Director to “SACRO CUORE” University in Milan, General Carlo CABIGIOSU, the first Italian officer to take command of a NATO led multinational military force (Kosovo Force, KFOR) and Professor Andrea MARGELLETTI, president of the International Studies Center (Ce.S.I.). All lectures concerned the new role of NATO in the current geo-political environment, and on how military training must evolve and the importance of strategic communications in current asymmetric conflicts.

General CHIARINI declared that “the day’s event, was invaluable in allowing all of us to gain a valuable insight, from recognised experts, into the ever evolving global geo-political situation. Furthermore it has allowed the NRDC to focus on the likely challenges that it will face when it takes responsibility for the NATO Response Force in 2011. In addition this has been an unique occasion in allowing us to share and compare solutions to problems and challenges that we will undoubtedly face today and in the future.”

The conclusions drawn from the Seminar will be considered as a starting point for the NRDC-ITA training activities during 2010, and will help shape the Headquarters training in the build up to the NRF commitment in 2011. These include:

Also planned, are many specific activities for personnel across the various operational areas of the HQ NRDC-ITA. These activities include the improvement of the individual training to the execution of specific seminaries and specific task orientated training courses.