The culmination of the 2010 training year saw NRDC-ITA participate in Ex STEADFAST JUNO 10, a demanding command post exercise involving a number of the NATO headquarters around Europe. 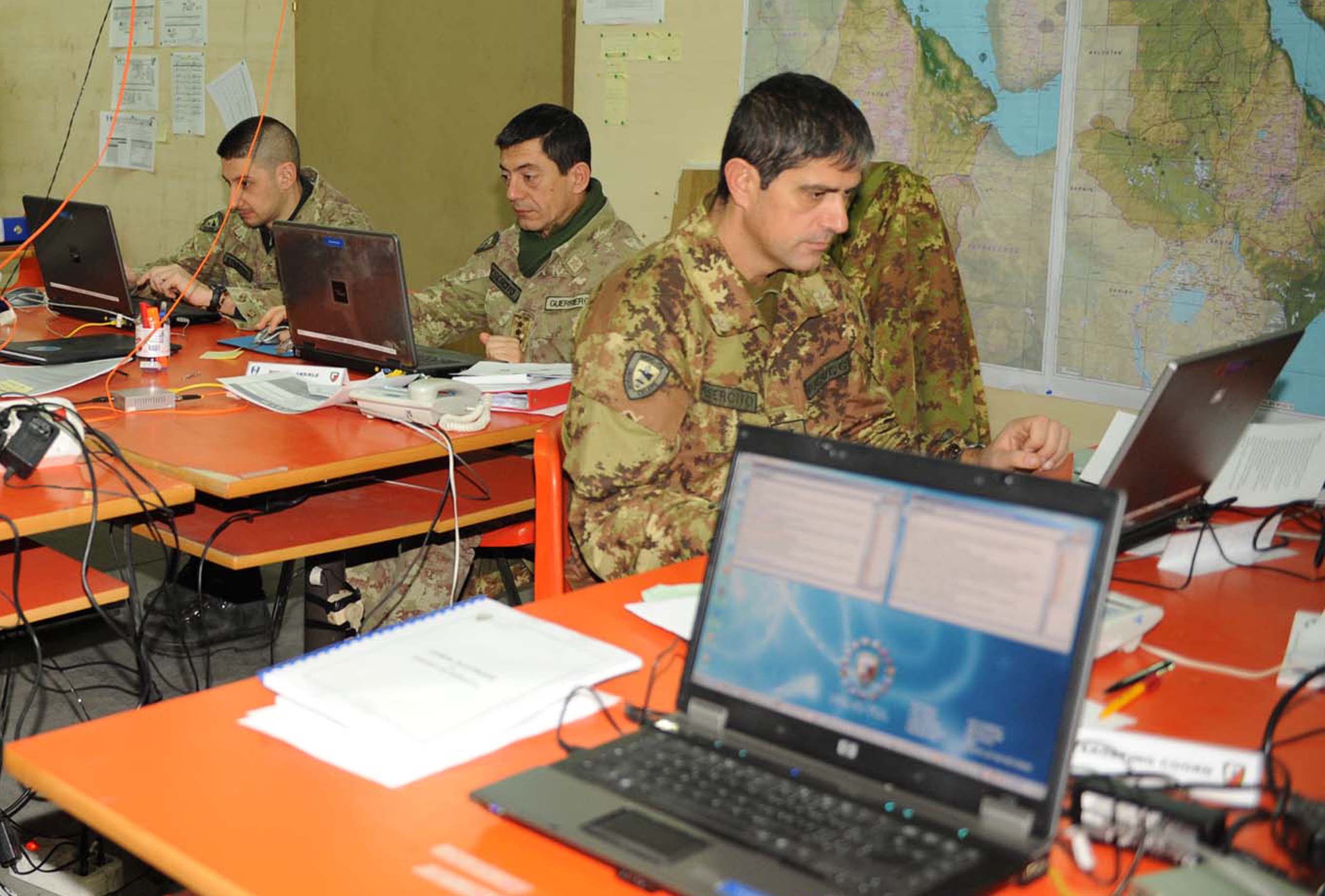 The culmination of the 2010 training year saw NRDC-ITA participate in Ex STEADFAST JUNO 10, a demanding command post exercise involving a number of the NATO headquarters around Europe. Preparations for the exercise began in late November 2010 when the NRDC-ITA Support Brigade began establishing the NRDC-ITA Command Post within Ugo Mara Barracks, Sobiate Olona. The main exercise was conducted over the period 6-15 December 2010. During the exercise NRDC-ITA acted as the Land Component Command (LCC) under the command of Joint Force Command (JFC) Naples which provided the JFC with the opportunity to test their command and control functions in a contemporary operational setting. The exercise also provided NRDC-ITA with a final opportunity to practice their procedures before assuming command of the Nation Reaction Force (NRF) commitment in January 2011. General Gian Marco Chiarini, Commander NRDC-Italy, was positive about the outcomes of the Headquarters’ training: The exercise scenario saw the NATO forces simulating an operation designed to aid humanitarian relief in a fictional, under-developed nation. A host of challenges faced the Headquarters including the provision of security, disaster response, security sector reform and liaison and co-operation with international and non-governmental organizations.
“The exercise just concluded marked the end of a very demanding annual training cycle that saw NRDC-ITA HQ committed in three big exercises. The operational planning process, the command and control echelon, the logistics projection and sustainment capability of an articulate and complex structure have all been tested, in some exercises almost 1000 miles from our Headquarters. The results obtained, thanks to the commitment and sacrifice both of the people serving at Ugo Mara Barracks and the ones belonging to the depending units, have been deeply appreciated. The Alliance can certainly rely on our HQ that represents an outstanding example in the national and international environment.”