RRC France hosts the Chief of Staff of NRDC-ITA After being welcomed by RRC-FR Chief of Staff, Brigadier General Emmanuel Gaulin, Major General Ristuccia was briefed on the structure and capabilities of RRC-FR.

The generals spoke about various topics during the visit, including the role and responsibilities of a NATO Rapid Deployable Command when it is used as the Land Component Command (LCC). General Ristuccia illustrated the lessons learned from NRDC-ITA last year, when the Milan based HQ held the role of LCC of the NATO Response Force (NRF).

In addition were discussed the ‘warfighting mindset’ and the recent development of the Light Command Post, both concepts tested and consolidated in the last month’s successful exercise Eagle Meteor 19. The two headquarters share a requirement to remain flexible and agile in the 21st century battlefield and are keen to learn from each other.
The meeting proved productive in reaffirming a common perspective, sharing experience and confirming intentions to build on mutual training support.

The visit of COS NRDC-ITA demonstrates that the Milan based HQ is ready, willing, and able to interact with sister and parent HQs to support the Alliance’s three "core tasks": collective defence, crisis management, and cooperative security. 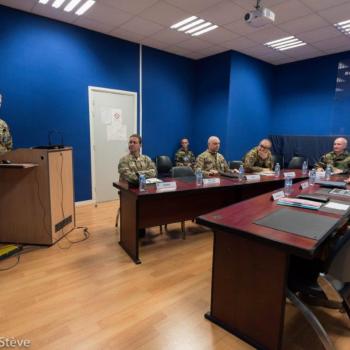 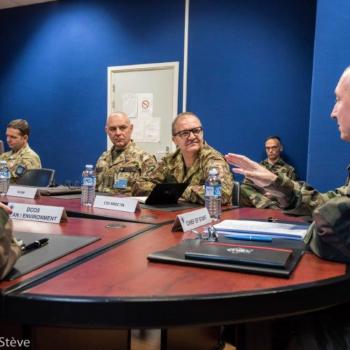 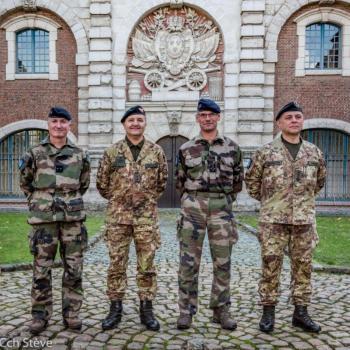