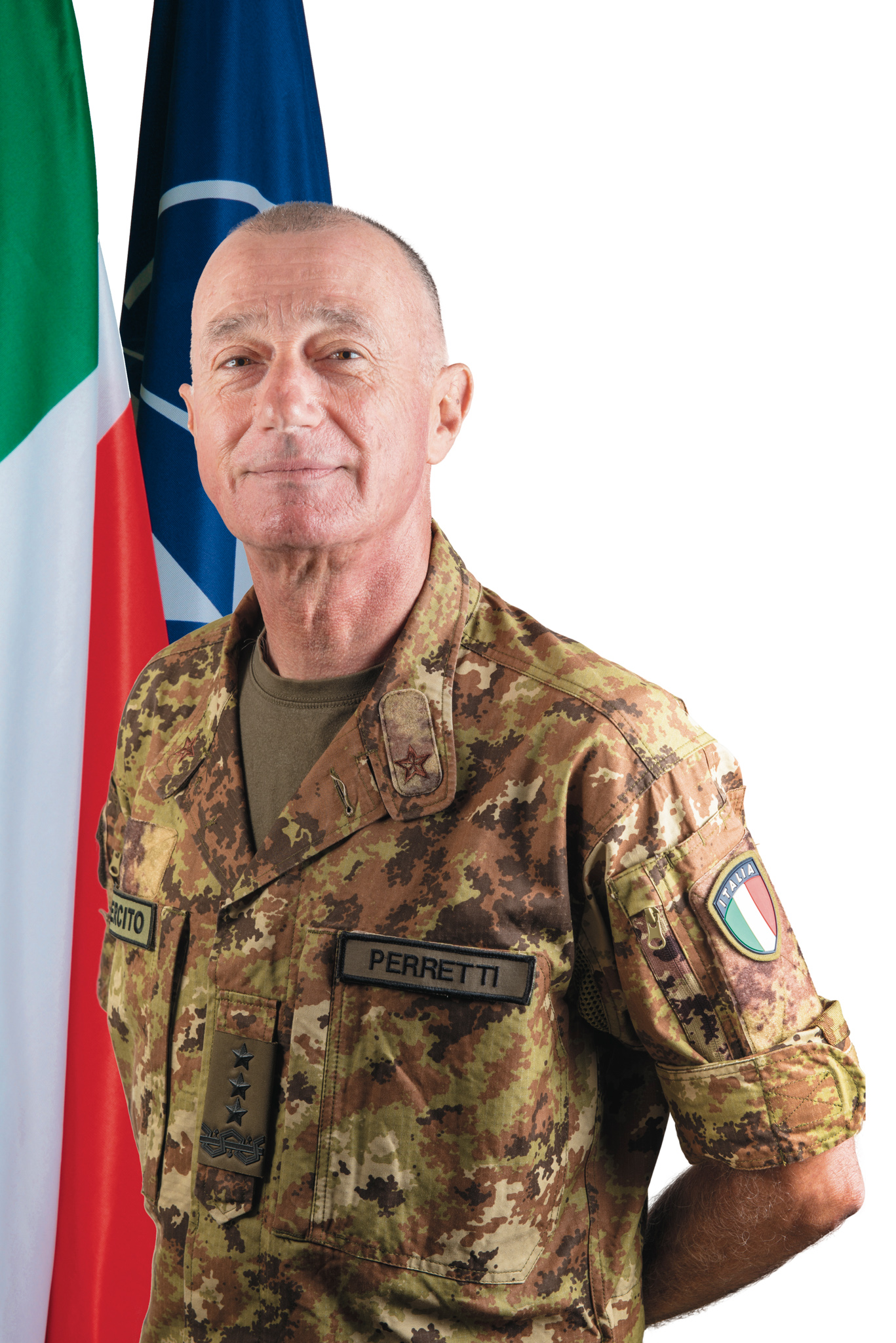 Lieutenant General Perretti is married to Mrs. Maria Agnese and they have two children. Interests include many sports, motorbikes and modern history.