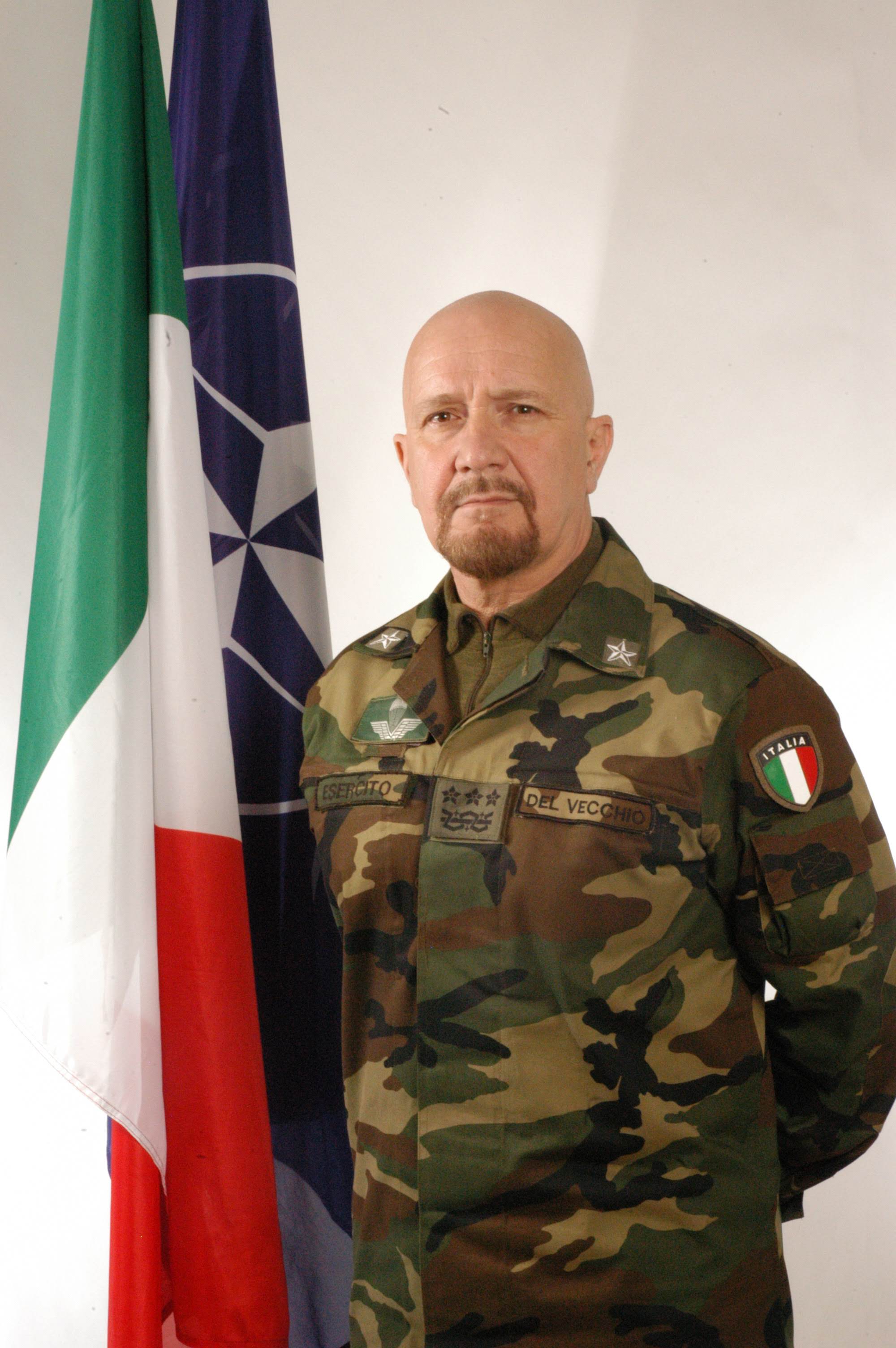 Lieutenant General Mauro DEL VECCHIO was born in 1946, in Rome, Italy. He attended the Military Academy Course from 1965 to1967. Commissioned as 2nd Lieutenant, he attended the Turin Army Advanced School and was promoted to the rank of 1st Lieutenant in the “Bersaglieri” Infantry (1969).

He held several command appointments. In particular, as 1st Lieutenant and Captain he served as platoon and company Commander within the 8th Bersaglieri Regiment, the “Garibaldi” Mechanised Brigade and the Military Academy.

As Lieutenant Colonel, he was appointed Commanding Officer, 1st Bersaglieri Battalion “La Marmora” and, on promotion to Colonel, the Military District of Florence.

He was then appointed, as Brigadier General, Commander of the “Garibaldi” Bersaglieri Brigade, an appointment that he held from the beginning of 1997 until the end of 1999.

From January 2000 to July 2003, as Major General, he commanded the Advanced School and Military Studies Institute of the Army.

Promoted to Lieutenant General, in early 2004 he took command of the NATO Rapid Deployable Corps – Italy.

General Del Vecchio has considerable operational experience in command of national and multinational contingents abroad. In Bosnia Herzegovina (March - October 1997) he was Commander of the Multinational Brigade North, which included in its area Sarajevo, Gorazde and Pale.

Back in the Balkans, he was appointed Commander of the Italian Contingent deployed for humanitarian relief operations in FYROM (March - June 1999) and then Commander, Multinational Brigade West in Kosovo deployed in the areas of Pec, Dakovica, Decane and Klina (June – September 1999).

From August 2005 to May 2006, he was Commander of the International Security and Assistance Force (ISAF) in Afghanistan.

On 5 September 2007 He was appointed Commander of the Italian Joint Operation Headquarter.

General Del Vecchio has been awarded several decorations. For the operations in the Balkans, he was awarded the following: the Knighthood of the Italian Military Order, the Army Bronze Medal for Gallantry, Grand Officer of Merit to the Italian Republic, Member of the Meritorious Order of the French Republic, the Portuguese Meritorious First Class Medal and, from Spain, the Honorary Knighthood of the Spanish Legion. For ISAF operations in Afghanistan he was awarded the NATO Meritorious Medal, the Medal of the Afghan Republic, the Spanish Grand Cross with White Plaque for Military Merit, the Federal Republic of Germany Gold Cross of Honour, the Portuguese “Dom Alfonso Enriquez” Meritorious First Class Medal, and medals from Norway and Greece.

Others decorations include the Mauritian Medal, the Gold Medal for Long Command, the Gold Cross with Star for Long and Distinguished Service, the Commemorative Medal for relief operations in Friuli’s earthquake (north of Italy, 1976) and the Malta Knights’ Commendation Medal  for Relief Operations in Bosnia Herzegovina.

From 26 November 2002, he is also Chairman of the Italian Military Order Council.

General Del Vecchio is a graduate from the University of Turin (Strategic Sciences) and has a Masters degree from the same University. He is a qualified paratrooper and horse rider. His military courses include the Land Staff Course and the Advanced Staff Course (Land). He also attended the 8th Psychological Warfare Course.