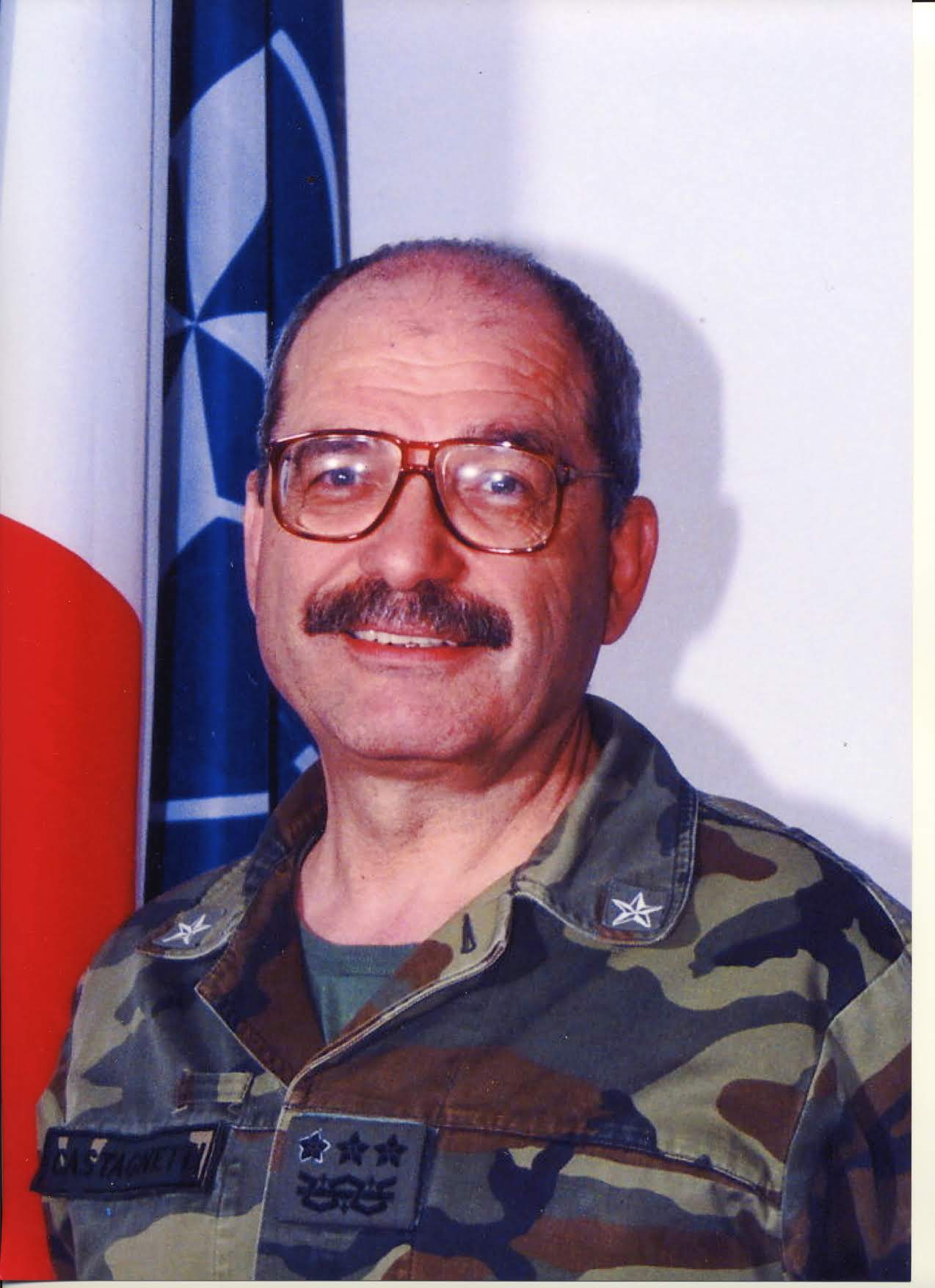 LT General Fabrizio CASTAGNETTI (10 January 1945, Lugagnano Val d'Arda, 13 January 2018 Velleia).
After graduating from the Scientific High School in 1964, he attended the Military Academy Course where he was commissioned 2nd Lieutenant. He attended the “Scuola di Applicazione” in Turin and after two years he was promoted to the rank of Infantry 1st Lieutenant.

His command appointments included periods as Mortar and Infantry Platoon and Company Commanders, Commanding Officer of Mechanised Battalion (1986-7), Commander of the Military District of Rome (1992-3), Chief of the Logistics Co-ordination Office (1993-5), Commander of the Italian "Pinerolo" Armoured Brigade in Bari, and most recently Deputy Commander of ACE Rapid Reaction Corps in Germany. He gained considerable General Staff and International experience due also to periods that he spent as a United Nations Military Observer in the Middle East in 1977-1979 and as Italian Military Attaché in Washington (1995-1998).

On 14 September 2007 He was appointed Chief of the Army General Staff.