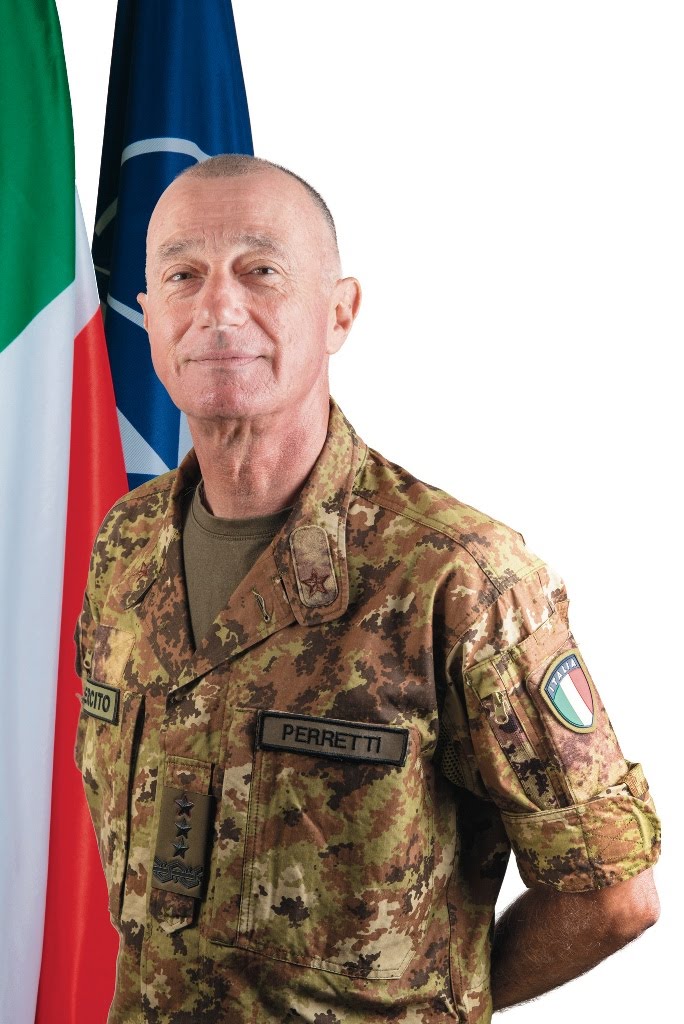 As Staff Officer he served as S2/S3/G3/G5/G7 at Battalion, Corps and Army level.

He assumed command of the NATO Rapid Deployable Corps – Italy on 30 September 2016.

Lieutenant General Perretti is married to Mrs. Maria Agnese and they have two children.

Interests include many sports, motorbikes and modern history.