FAREWELL CEREMONY FOR THE ISAF CONTINGENT

This morning the official farewell ceremony for General Giorgio Battisti and the personnel of NRDC-ITA deploying to the ISAF (International Security Assistance Force) mission in Kabul, Afghanistan took place at the “Ugo Mara” Barracks in Solbiate Olona. SOLBIATE OLONA (VA), 10 JANUARY 2013: This morning the official farewell ceremony for General Giorgio Battisti and the personnel of NRDC-ITA deploying to the ISAF (International Security Assistance Force) mission in Kabul, Afghanistan took place at the Ugo Mara Barracks in Solbiate Olona.
The Chief of Italian Defense General Staff  General Biagio Abrate and the Chief of Staff of the Italian Army, General Claudio Graziano attended the ceremony, as well as the Supreme Allied Commander Europe (Saceur) Admiral James Stavridis, who underlined in his speech that: Italy has a deep knowledge of “expeditionary operations”, giving great importance in having projection forces able to be deployed in areas of crisis; this fully explain the establishment of an NRDC Headquarters here in Italy:
After a due homage to the fallen and wounded comrades in operations, the Chief of Staff of the Italian Army thanked the civilian and military authorities participating in the ceremony, whose presence testifies the strong bound between the Institutions and the Army.  He then greeted men and women of NRDC-ITA and General Giorgio Battisti, who will be appointed Isaf Chief of Staff and Senior National Representative for the Italian personnel in the Afghan theatre. Moreover, General Graziano stated that: Gen Battisti and all the personnel of NRDC HQ are going to work during the delicate transition phase. This will be a crucial moment of ISAF operation that will mark the turning point of the international effort in 2014.
Gen Abrate said:You should not forget that the focus of all your work and the real added value you will be able to give will be reflected on the capability of the Afghan forces of taking over and managing the full responsibility of security of their country.
The Nato Rapid Deployable Corps Headquarters Italy, established on the 1st of November, 2001 in Solbiate Olona (VA), is one of the seven Headquarters with high readiness of the Atlantic Alliance, and one of the two main NATO HQs in Italy.  With its multi-national environment thanks to personnel coming from Italy and other allied nations as Bulgaria, France, Germany, Greece, Hungary, The Nederlands, Portugal, Poland, Romania, Slovenia, Spain, Turkey, United Kingdom and USA, it is a HQ always ready to be deployed for multinational operations in areas of crisis according to the determinations of the North Atlantic Council (NAC). 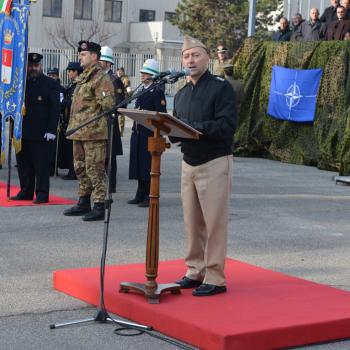 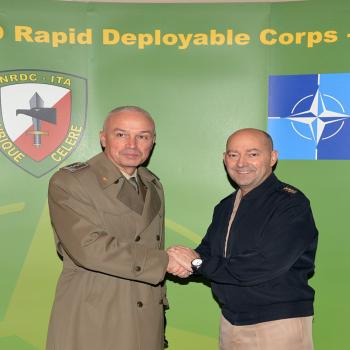 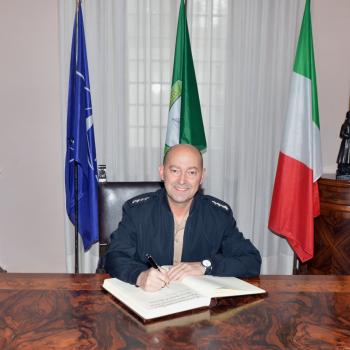