MEMBERS of fifteen different nations came together in “Ugo Mara” Barracks to commemorate with their Spanish colleagues Columbus’ discovery of the New World on 12th October, 1492. SOLBIATE OLONA (VA), 12 OCTOBER 2013: Members of fifteen different nations came together in Ugo Mara Barracks to commemorate with their Spanish colleagues Columbus’ discovery of the New World on 12th October, 1492.
An authentic paella was one of the highlights of the event as NRDC-ITA members and guests learned about not just the tastes of Spain, but a day that also commemorates the Dia de la Hispanidad and Spain’s Day of the Armed Forces, as well as the famous landing of the Santa Maria in America.
The Senior National Representative for Spain, Colonel Pedro Martinez Molina, thanked the participants for finding time in their agenda to attend the celebrations, in particular those guests from outside the HQ.
He said: October 1492 was close to the end of a process of reintegration of kingdoms into a single monarchy, starting a period of cultural projection beyond known time limits.
For NATO, we gave the first steps to the well known transatlantic link.
NRDC-ITA Chief of Staff, Major General Rosario Castellano, impressed the crowd with his Spanish as he congratulated the Spanish contingent in two languages on their efforts to commemorate such an important day. He also highlighted that in NATO, more than one perspective on history is permissible.
He said: The anniversary of the discovery of Las Americas by Christopher Columbus, or Cristbal Coln, was actually that of ‘Cristofolo Columbo’, born in Genoa, Italy. It is strange that the Spanish celebrate the arrival of an Italian in America!
The jovial spirit continued as different nations embraced the multi-celebrations and shared the cultural experiences of contributing NATO states. 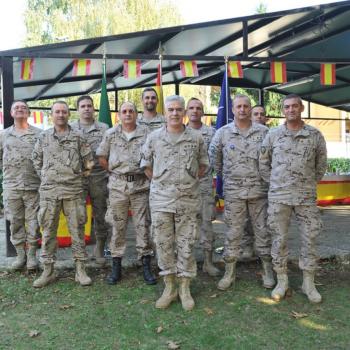 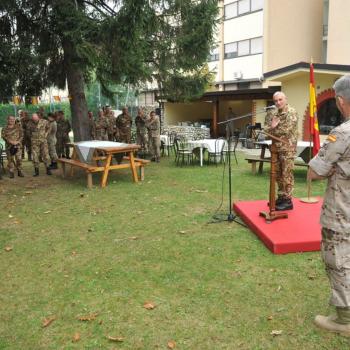 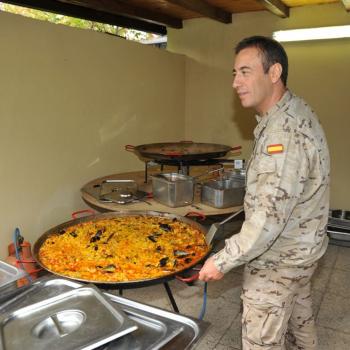