Today the Joint Chiefs of Staff committee has visited Ugo Mara Barracks where Nato Rapid Deployable Corps is based. SOLBIATE OLONA (VA), 23 JULY 2012. Today the Joint Chiefs of Staff committee has visited Ugo Mara Barracks where Nato Rapid Deployable Corps Italy is based.
NRDC-ITA is a multinational headquarter designed to rapidly deploy in order to provide command and control for military interventions and humanitarian crises worldwide. As a matter of fact, next december some 200 staff members of NRDC-ITA are scheduled to be deployed as part of Isaf Joint Command in Kabul.
During the visit, the Committee, an advisory body of the Chief of Staff of Defence, had an opportunity to have a close look of the level of readiness ahead of its future deployment.
At the end of the meeting, the delegation, escorted by NRDC-ITA Commander, Lieutenant General Giorgio Battisti, has visited  Ugo Mara  Barracks where more than 2000 people coming from 15 contributing nations serve. 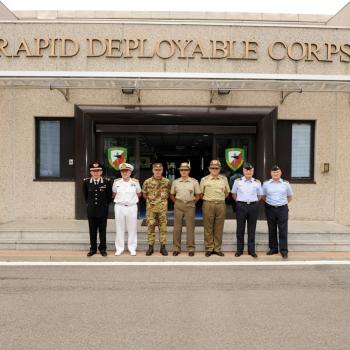 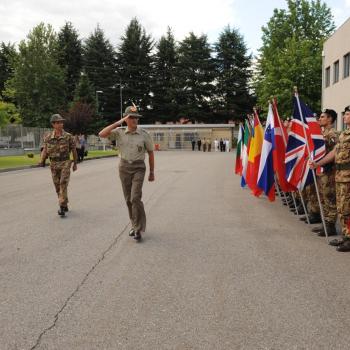