SOLBIATE OLONA (VA), 22 OCT 2012. The Parliamentary Secretary of State for the Italian MoD, Dr. Gianluigi Magri, visited the Ugo Mara barracks today and was welcomed by the Commander of Nato Rapid Deployable Corps (Italy).
The Undersecretary, hosted by Lieutenant General Giorgio Battisti, met the senior representatives of the troop contributing nations and was briefed about the organization, mission and future of the HQ.
Afterwards, he met Italian personnel posted to the HQ, plus the Mayor of Solbiate Olona, Luigi Salvatore Melis, and media representatives.
During his speech to personnel, Dr. Magri underlined the high quality level reached by the Italian Armed forces, acknowledged by allies and constantly proven in the international environment.
The Undersecretary said that in order to maintain the capabilities of the military in times of Spending Review, there is a need for restructuring. This will not affect efficiency and performance, but should better distribute the sharing of Defence budget from personnel towards employment and investments, as in other allied nations.
During his meeting with the media, Dr. Magri emphasized the impressive facilities at  Ugo Mara barracks, with its state-of-the-art infrastructure, and mentioned his long term friendship with LTG Battisti.
He said: The nation is proud of the designation of LTG Battisti as next Chief of Staff for ISAF. 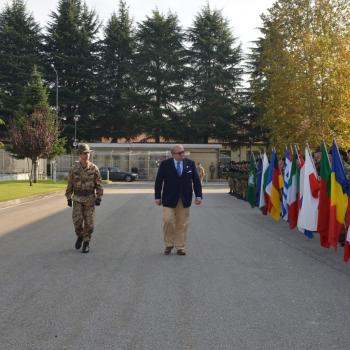 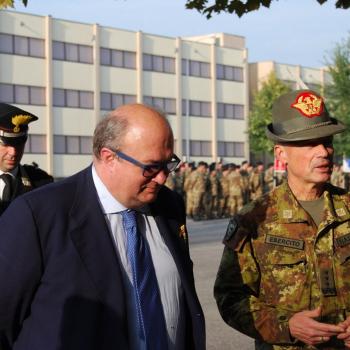