SOLBIATE OLONA (VA), 18 DEC 2012. NATO Rapid Deployable Corps Italy (NRDC-ITA) received the award of the honorary citizenship relating to the capacity of ensuring all institutional tasks in accordance with the high principle of global peace.
Lieutenant General Giogio BATTISTI, HQ NRDC-ITA Commander, received the honorary citizenship plate by Solbiate Olona’s Mayor, Mr. Luigi Salvatore MELIS, representing the vicinity and the esteem of all local community, in the presence of all NRDC-ITA personnel lined up in a military ceremony.
The ceremony was mainly conceived for the families of the personnel ready for the incoming departure on first half of January 2013. The deployment will run from January 2013 to January 2014, the majority of the NRDC-ITA staff will be based in HQ IJC at the Kabul International Airport, with some at HQ ISAF. The first rotation heads out in January and the second rotation replace them in July.
For the occasion, Lieutenant General Giorgio Battisti, HQ NRDC-ITA Commander, told that following the year long commitment, the HQ NRDC-ITA is ready to be deployed in the international mission in Afghanistan in 2013 after an extensive program of training. In addition, before the end of the ceremony, members of NRDC Italy Wives International Club ( NIWIC) addressed the personnel saying  we are here to support and help families while our husbands are deployed, we need to share and help each others in the day by day life.
NRDC -ITA is one of the Alliance’s seven Rapid Deployable Corps Headquarters, and is one of the two high profile NATO organisations based in Italy. NRDC-ITA is a multinational Headquarters with more than 2000 military and civilian personnel. Italy is the framework nation, providing 70% of personnel, and the remaining 30% is made up of Officers, Non-Commissioned Officers and Soldiers coming from the other 14 nations contributing to the project now involves 15 Nations: Italy, Bulgaria, France, Germany, Greece, Hungary, The Netherlands, Poland, Portugal, Romania, Slovenia, Spain, Turkey, The United Kingdom and The United States. 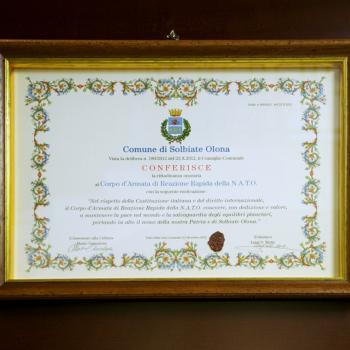 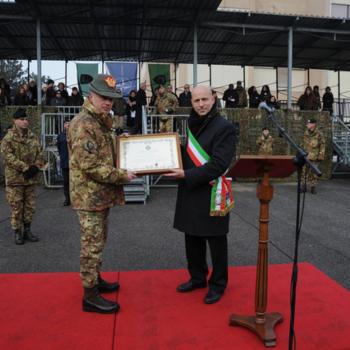