THE COMMANDER OF THE ITALIAN OPERATIONAL LAND FORCES VISITS NRDC-ITA SOLBIATE OLONA (VA), 14 Jan 08. HQ NRDC-ITA hosted a visit by the Commander of the Italian Operational Land Forces, Lieutenant General Bruno Job, at its Solbiate Olona base today.
The guest was received by the Commander NRDC-ITA, Lieutenant General Giuseppe E. Gay, before meeting the HQ’s Command Group and Senior National Representatives.
General Job signed the Visitors Book before moving on to address the Italian members of the HQ and its Support Brigade.
Commenting on the visit, General Gay says I am delighted to have hosted, albeit briefly, the Commander of the Italian Operational Land Forces.  As head of the national chain of command, General Job has never failed to lend us his support.  Indeed he underlined during this visit his appreciation for the capability demonstrated by this Headquarters in terms of its operations in the NATO environment, as well as for those tasks that face HQ NRDC-ITA during 2008. 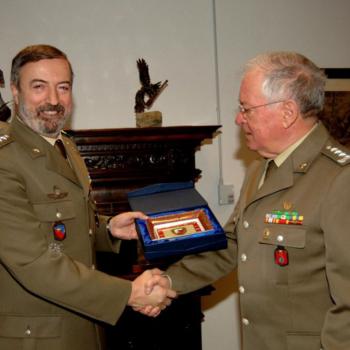 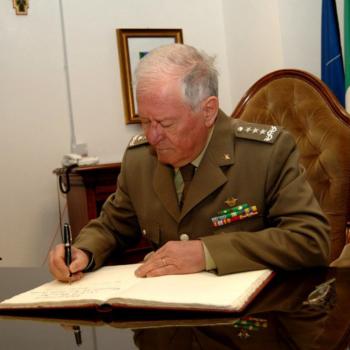