NRDC-ITA HANDS OVER LCC OF THE NATO RESPONSE FORCE SOLBIATE OLONA (VA), 16 Jan 08. NATO Rapid Deployable Corps (Italy) (NRDC-ITA), based in Milan and Solbiate Olona, today hands over Land Component Command of the NATO Response Force (NRF) to the German-Netherlands Corps, based in Muenster, Germany.
The official hand-over took place at Ugo Mara Barracks in Solbiate Olona, where the NRDC-ITA Commander, Lieutenant General Giuseppe E. Gay placed the NRF flag in the hands of the German-Netherlands Corps Commander, Lieutenant General Tony Van Diepenbrugge of the Royal Netherlands Army.
Headquarters NRDC-ITA has undertaken the Land Component Command role of the NRF during its six-month rotational period during the latter half of 2007.
The NATO Response Force is made up of land, naval and air forces.  Its particular strength is its rapid deployability to wherever the Alliance requires it.  Furthermore, it is able to operate across the entire spectrum of mission types, from evacuation operations and assistance in times of natural disasters to anti-terrorist and early-entry operations.  Counting on up to 25,00 personnel, it can deploy within only 5 days, operating independently for up to 30 days.
This is not the first time NRDC-ITA has been at the forefront of NATO missions.  The Corps Headquarters first undertook the role of NRF Land Component Command in 2004, and then from August 2005 to May 2006 led NATO’s foremost mission, ISAF VIII in Afghanistan, thereby honing its capability and acquiring valuable experience on the ground.
Apart from the lead Nation, Italy, the Solbiate Olona-based headquarters also comprises personnel from 14 other Atlantic Alliance Nations and undertakes numerous training activities in Italy and abroad, which continue to enhance the professional skills and preparedness of the staff.  NRDC-ITA is truly a high-readiness force, ready to deploy anywhere in the World in just 30 days. 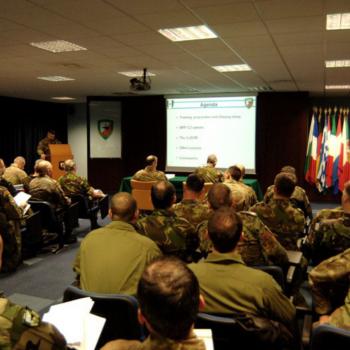 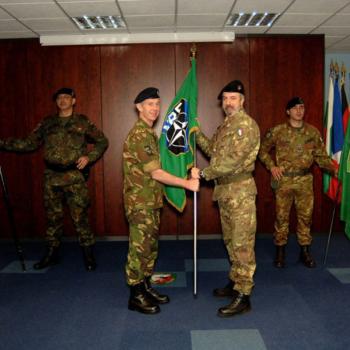 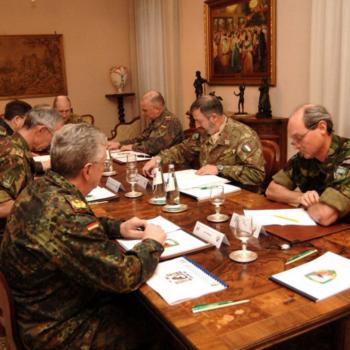