THE COMMANDER OF THE 1st ITALIAN AIR REGION VISITS NRDC-ITA

The distinguished guest was met this morning by Lieutenant General Giuseppe E. Gay, Commander NRDC-ITA, and escorted to his host’s office where he was invited to sign the Visitors’ Book over refreshments.
Thereafter General Barale received a briefing on the Headquarters and its activities, before being offered the opportunity to ask questions.
As Commander of the Air Region in which we find ourselves based, it is right that we invite General Barale here to be briefed on what it is we do says NRDC-ITA’s spokesman, Major Graham Cable.
I believe the General found the visit both enjoyable and informative concluded Major Cable as the guest departed just before lunch. 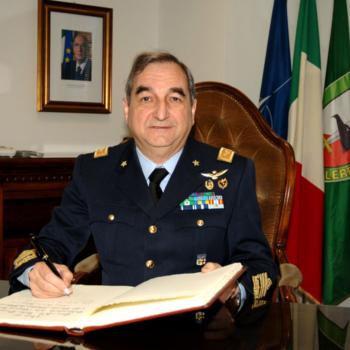 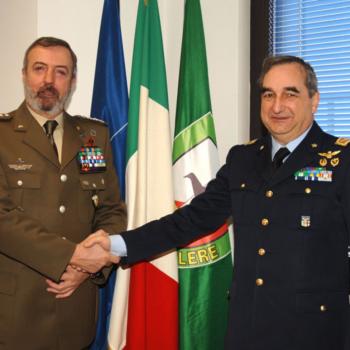