SOLBIATE OLONA, 21 Feb 08. The recently appointed Commander of the Alllied Rapid Reaction Corps (ARRC), Lieutenant General ARD Shirreff CBE, visited HQ NRDC-ITA today.
Recognising the strong bonds between the two Headquarters, Commander NRDC-ITA, Lieutenant General Giuseppe E. Gay, was delighted to welcome his opposite number on his first visit to Solbiate Olona.
Following a private meeting between the two Generals, Commander ARRC was introduced to senior staff at HQ NRDC-ITA and Senior National Representatives, before receiving a briefing on the Headquarters.
After an opportunity to meet the 27-strong UK Contingent at HQ NRDC-ITA, headed by its Deputy Commander, Major General David Bill CB, Commander ARRC was hosted to a round-table discussion of key issues of common interest to both HQs.
I am delighted to have the opportunity to visit HQ NRDC-ITA, with whom my Headquarters has so much in common said General Shirreff.  It is important we work together to achieve our common missions and goals within the NATO Alliance he concluded. 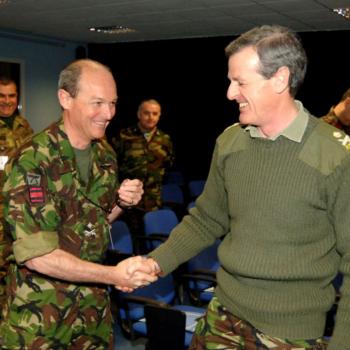 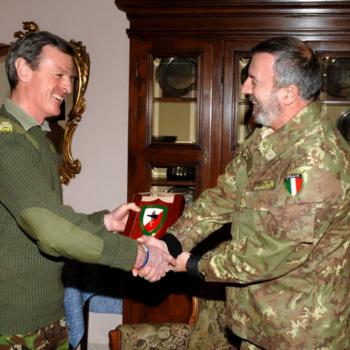 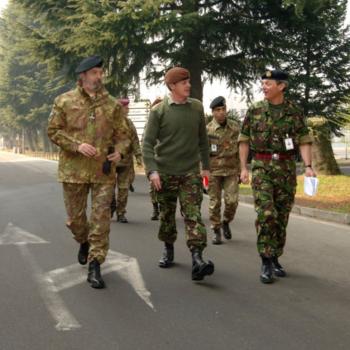 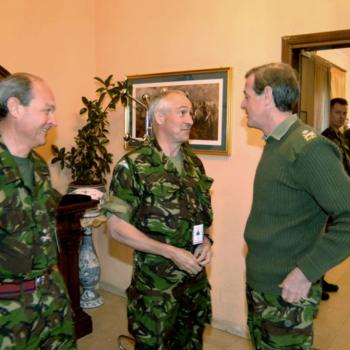