THE COMMANDER OF THE ITA OPERATIONAL LAND FORCES VISITS NRDC-ITA MILAN (MI), 18 Mar 08. HQ NRDC-ITA hosts a visit by Lieutenant General Armando Novelli, the Commander of the Italian Operational Land Forces at its Palazzo Cusani site in Milan today.
The distinguished guest was accompanied by Commander NRDC-ITA, Lieutenant General Giuseppe E. Gay.  After the formal welcoming ceremony, General Novelli was introduced to the commanders of the HQ’s Support Brigade, the 1st Signal Regiment and the Support Regiment.
Speaking of the visit, General Gay says I am delighted to have welcomed, albeit for a brief visit, the Commander of the Italian Operational Land Forces.  As a key member of our national chain of command, General Novelli has underlined his support to us, taking advantage of this occasion to express his great appreciation for the work we have done within the NATO framework so far and also with a view to the challenges we will face during 2008. 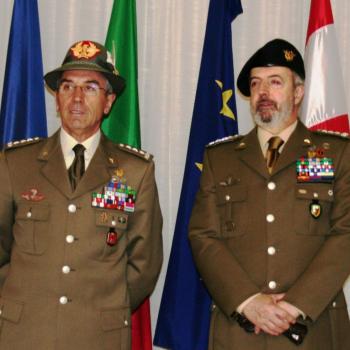 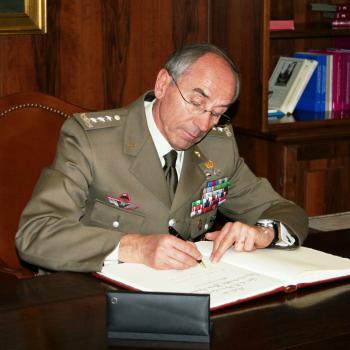