SOLBIATE OLONA (VA), 26 August 2008. Major General Marco Chiarini, assumed Command of the NATO Rapid Deployable Corps – Italy from Lieutenant General Giuseppe Gay during a change of command ceremony held in the Ugo Mara  barracks, Solbiate Olona, on Tuesday 26 August 2008.
The ceremony was presided over by Lieutenant General Armando Novelli, the Commander of the Italian Operational Land Forces, and was attended by the representatives of numerous civilian authorities, national and international high-ranking military officers.
After commanding the Italian-based NATO Corps from September 2007 to August 2008, Lieutenant General Giuseppe Gay departs to assume Command of the UN-mandated NATO-led peacekeeping force in Kosovo (KFOR). Lieutenant General Gay’s previous experience means that he is ideally suited to this new assignment. He has been Commander of the Multinational Brigade West in Pec (Kosovo 1999-2000), Deputy Commander of the Kosovo Force, in Pristina (2003 – 2004) and Deputy Commander (Stability) of ISAF IX in Kabul (2006).
I am a strong supporter of the multinational environment, therefore I am really proud to have had the opportunity to lead this multinational structure, formed by 15 different nations pulling together in the same direction, with a common goal. On the other hand, it is with enormous pride and pleasure that in two days time I will assume command of KFOR said General Gay.
Looking back at the time spent as Commander of NRDC-ITA, General Gay described his period in command as really rewarding and motivating. He highlighted the most important achievements gained by the HQ during his command and concluded the speech by expressing his sincere thanks and appreciation to the personnel of the Corps, its supporting units and to numerous civilian institutions in the Region of Lombardia, the Province of Varese and the City of Milan.
Major General Gian Marco Chiarini, the new Commander of NRDC-ITA, arrives from NATO’s Allied Rapid Reaction Corps, stationed in Rheindahlen (Germany) where he was the Deputy Commander since March 2007. Prior to his last appointment General Chiarini was the Chief of Staff of NRDC-ITA between 2001 and 2003. This was a very challenging period as the headquarters underwent an intense NATO training programme and was certified as Ready for Operations by SACEUR.
I still remember the great dedication and commitment of all the personnel of this HQ when some years ago we attained the NATO certification as recognition of the highest standard of professionalism. Most of the people have probably changed in these years, but I am sure that the enthusiastic feeling of those days is still here and it is up to us to continue the work said General Chiarini.
Referring further on to the NRDC-ITA HQ, General Chiarini went on to say the NRDC-ITA presented a concentration of professionalism coming from the 15 different nations and emphasized the importance of taking advantage of this unique feature in keeping the capability of the HQ at the highest level.
Mentioning the importance of the risks and sacrifices shared by NATO nations in different international missions, General Chiarini concluded his speech with a wish: May the future bring peace and prosperity to Italy and to all the nations that are represented here today.
The new NRDC-ITA Commander has served in the Italian Army for more than 30 years and has a considerable military international experience accumulated in Iraq, Bosnia-Herzegovina, Kosovo and Germany. 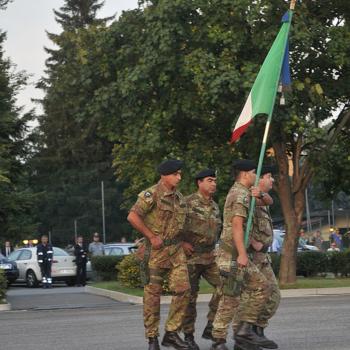 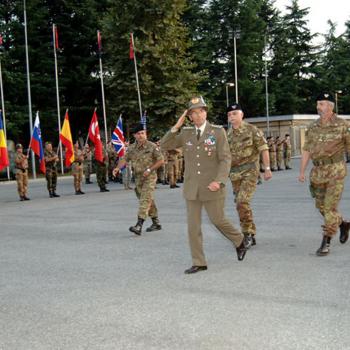 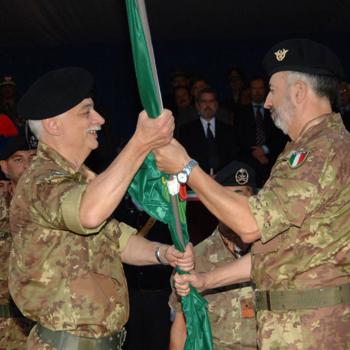 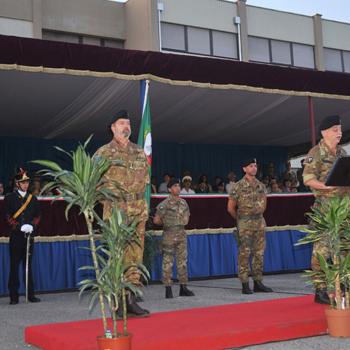 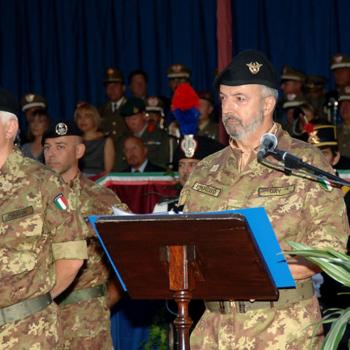