NRDC-ITA CONFERENCE - MEETING THE CHALLENGES OF A CHANGING WORLD SOLBIATE OLONA (VA) 3 DEC 2008.   Wednesday 3rd December 2008 saw the Headquarters NRDC-ITA host the first Corps Conference at Ugo Mara Barracks north of Milan.  The guests and subordinate commands were welcomed to the Headquarters by the new Commander of the NRDC-ITA, Major General Gian Marco Chiarini.
The aim of the conference was to allow the headquarters and subordinate formations to discuss new land formation manoeuvre procedures at the operational level and to identify new strategies for the employment of military forces whilst deployed on missions in the Contemporary Operating Environment.
The conference started with four lectures all of which centered on modern warfighting scenarios and in particular current operations in Iraq and Afghanistan.  Of particular note was the recurring theme of the ever changing face of battle and the increase in threat to protection and mobility caused by improvised explosive devices.  We were fortunate to be able to welcome two speakers from the Supreme Allied Command for Doctrine and Training (SACT) in Norfolk (USA) who provided an excellent insight into current thinking on urban operations. In addition the conference was exposed to some new procedures aimed at reducing human error and with it both collateral damage and friendly fire.
The day ended with a vignette discussion using a scenario of crisis management whilst deployed on a modern operation with a Multi-National Corps in a fictitious scenario.  The conference which will become an annual event served to strengthen, inform and empower those involved. 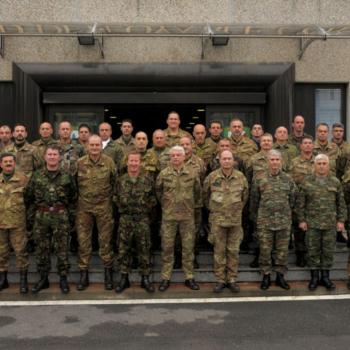 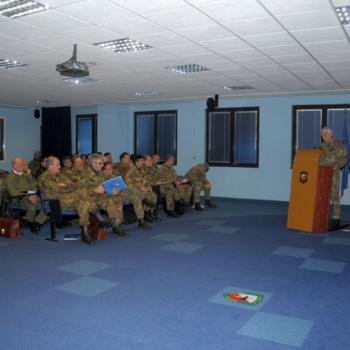