SOLBIATE OLONA (VA), 26 Jan 07.  Colonel Francesco Parisi takes over as Commander of the HQ’s Tactical and Logistic Support Regiment.
A ceremony marking the Support Regiment change of command took place on the HQ NRDC-IT parade ground today.  Attended by representatives from the HQ and Signal Brigade, as well as armed forces veterans, local dignitaries and press, the parade was presided over by Brigadier General De Feo, the HQ’s Signal Brigade commander.
Both the outgoing Support Regiment commander and his replacement addressed the Regiment’s troops who paraded before them.  Colonel Gerardo Restaino moves on to lead the Force Commander of UNIFIL’s support staff after almost two years in post.  He believes that what he learnt at the helm of HQ NRDC-IT’s Support Regiment will be very useful in his next job.
The new commander, Colonel Francesco Parisi, emphasises that this is a very special moment for me.  It is the best moment for a Colonel to have the honour to take command of a Regimental unit.
Colonel Parisi brings much HQ NRDC-IT experience to his new role.  He has been a staff officer in the HQ throughout the Initial and Full Operating Capability process, as well as head up the Movements Branch.  He assumes command of a key support unit at a time when the HQ is preparing to undertake NATO Response Force duties.  This is an intensive period of training and preparation and we will support the HQ in all it does he says of his new responsibility.
The Tactical and Logistic Support Regiment forms part of HQ NRDC-IT’s Signal Brigade and its role is to provide life support to the HQ and Signal Brigade both in peace and on operations. 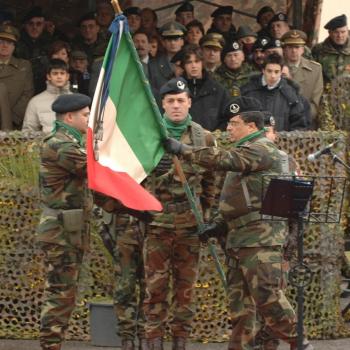 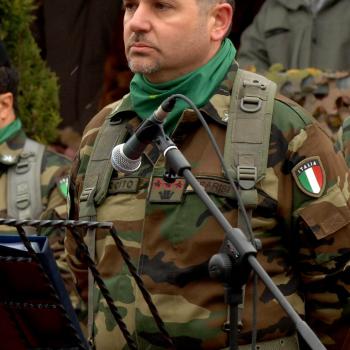 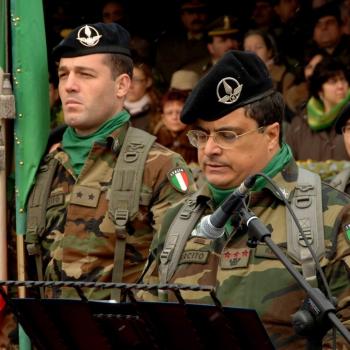