SOLBIATE OLONA (VA), 4 May 07. Today sees the conclusion of Exercise Noble Light 07, which has witnessed the headquarters and assigned units training in Solbiate Olona, Bellinzago Novarese and Civitavecchia. SOLBIATE OLONA (VA), 4 May 07. Today sees the conclusion of Exercise Noble Light 07, which has witnessed the headquarters and assigned units training in Solbiate Olona, Bellinzago Novarese and Civitavecchia.
The two-week exercise has seen the deployment of the headquarters in the configuration it will adopt as the Land Component Command (LCC) element of the NATO Response Force (NRF) from 1 July 2007 to 15 January 2008.
This has been no small undertaking with around 2,100 personnel deployed.  The largest concentration has been on the training area at Bellinzago Novarese where the headquarters itself, the Tactical and Logistic Support Regiment and 1st Signal Regiment from the Signal Brigade, along with Task Force ISTAR, a battalion-sized Italian intelligence unit, have been located.  Also deployed here has been a detachment from CIMIC Group South, a NATO civil-military co-operation unit.
Ugo Mara Barracks, the home of NRDC-IT in Solbiate Olona, has hosted the exercise control elements, as well as the NATO Joint Logistic Support Group and the Friuli Brigade command post.
Also involved in the exercise has been the multinational CBRN Battalion, which has been based in Civitavecchia.
The purpose of the exercise has been to validate NRDC-IT as the LCC for the forthcoming NRF rotation.  This has covered the validation of the structure of the LCC headquarters and its capacity to operate in the joint environment, as well as verifying the internal and external command and control procedures.  Only in this way can NRDC-IT guarantee its ability to deploy successfully if needed as part of the NRF commitment.
It is worth underlining that this has been the first deployment of the Joint Logistic Support Group and as such, demonstrates the new joint logistic concept that addresses the NRF need for a dedicated and current logistic support.  This new unit is able to guarantee the coordination of the logistic effort required by deployed formations.
aving enjoyed a successful exercise this month, HQ NRDC-IT can look forward to the challenges of the final exercise before taking on the mantle of LCC for NRF 9.  This takes place in June and sees NRDC-IT’s proven capability exercised in tandem with all the elements that will come together as NRF 9 from July 2007. 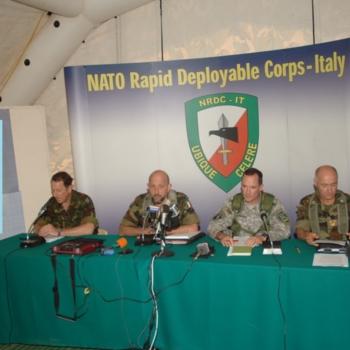 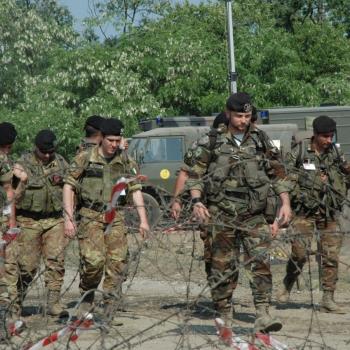 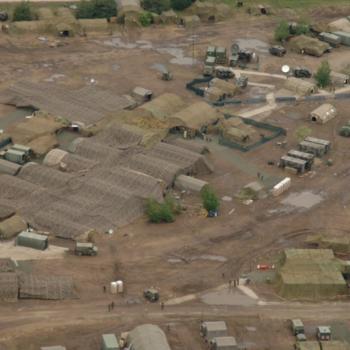 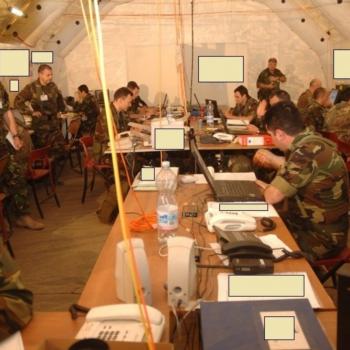 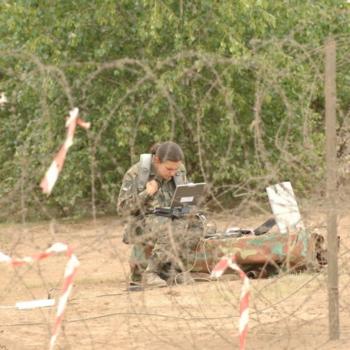