HQ NRDC-ITA HOSTS A VISIT BY THE IAGS CHIEF

SOLBIATE OLONA (VA), 7 May 07.  HQ NRDC-IT hosts a visit by the Italian Chief of the General Staff, General Filiberto Cecchi.

SOLBIATE OLONA (VA), 7 May 07.  HQ NRDC-IT hosts a visit by the Italian Chief of the General Staff, General Filiberto Cecchi, today.
General Cecchi was received by the Commander NRDC-IT, Lieutenant General Mauro Del Vecchio, at the Corps’s HQ in Ugo Mara Barracks at lunchtime today.
Following lunch in the Officers’ Club, General Cecchi received a briefing on the Headquarters structure and its current commitments.
After a tour of the barracks infrastructure, General Cecchi addressed the assembled officers, non-commissioned officers and soldiers from the HQ and Signal Brigade.
Regarding this important visit, General Del Vecchio says I am delighted to have hosted, albeit briefly, the Chief of the General Staff of the Italian Army.  It has certainly been useful to have been able to show him our structure and operational capability.
I believe that General Cecchi has seen his views confirmed regarding the ability of the Italian Army to operate in a NATO environment, particularly given our future role as the Land Component Command of the NATO Response Force during the second half of 2007.
After a very busy programme, the distinguished visitor departed at around 3 pm. 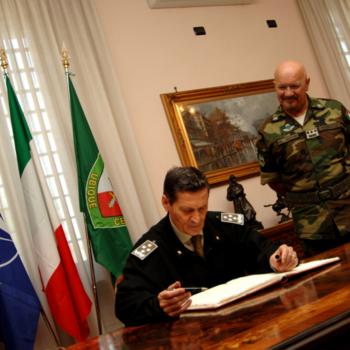 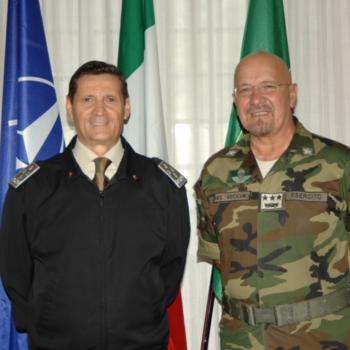 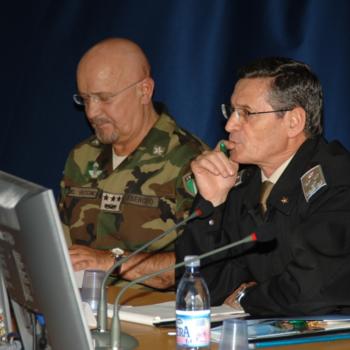 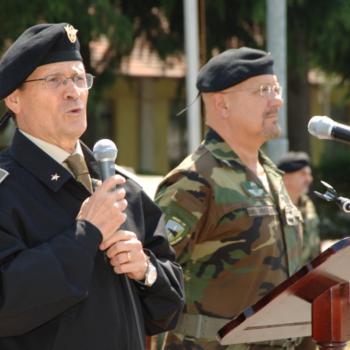 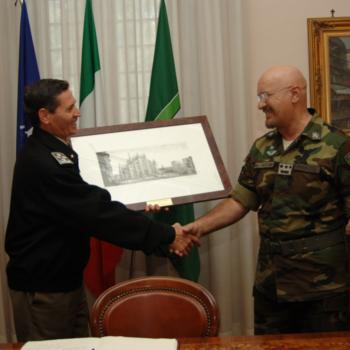