SOLBIATE OLONA (VA), 6 Jul 07. A ceremony at Milan’s Montello Barracks today marks the change of command of NRDC-IT’s 1st Signal Regiment.
After 2 years in command, Colonel Angelo Palmieri hands over the reins of NRDC-IT’s 1st Signal Regiment to Colonel Alfonso Miro.
The ceremony took place in front of a parade of the Regiment’s two battalions and was also attended by Commander NRDC-IT (Lieutenant General Mauro Del Vecchio), the NRDC-IT Signal Brigade Commander (Brigadier General Raffaele De Feo) and the President of the Milan Municipal Assembly (Manfredi Palmeri).
Colonel Palmieri is moving on to work within the Italian Army General Staff in Rome, but is in many ways sad to leave the Regiment.  I am really proud to have been the Commander of an Italian Army unit such as this and although I look forward to the challenges of my new job, a piece of my heart will always remain here he told reporters.
Colonel Miro assumes command of the 1st Signal Regiment after having served as Chief of Staff of NRDC-IT’s Signal Brigade. 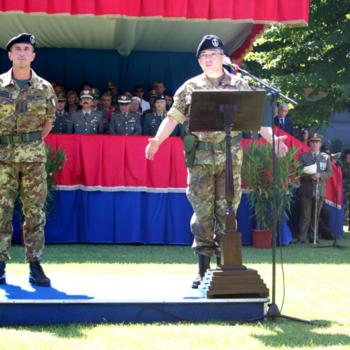 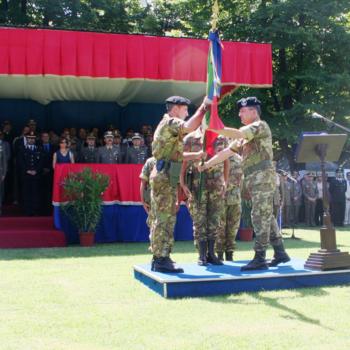 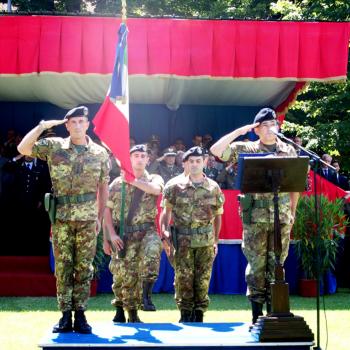 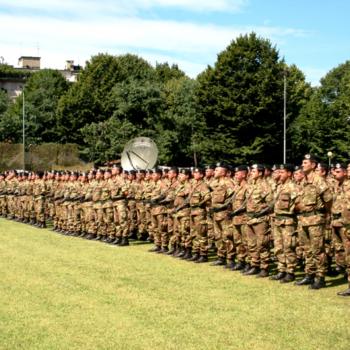 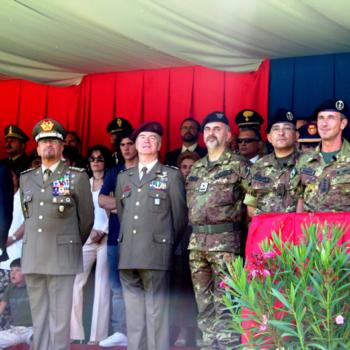