MILAN, 4 Sep 07.  The new Commander of the NATO Rapid Deployable Corps – Italy, Lieutenant General Giuseppe Gay, took over his appointment during a parade on Tuesday 4 September 2007. MILAN, 4 Sep 07.  The new Commander of the NATO Rapid Deployable Corps – Italy, Lieutenant General Giuseppe Gay, took over his appointment during a parade on Tuesday 4 September 2007.
During the change of command ceremony, held in Piazza Sempione in Milan, Italian Lieutenant General Giuseppe Gay took over from the outgoing Commander, Lieutenant General Mauro Del Vecchio, who, after leading the Italian-based NATO Corps for more than three years, has been now designated as new Chief of the Joint Operational Command in Rome.
The parade of Headquarters and Signal Brigade personnel was presided over by the Commander of the Land Forces of the Italian Army, Lieutenant Gen Iob and attended by various civilian authorities, national and international military high-ranking officials.
Lieutenant General Gay has considerable international experience.  In particular he commanded the Multinational Brigade West in Pec (Kosovo 1999-2000), was Deputy Commander of the Kosovo Force, in Pristina (2003 – 2004), and was latterly Deputy Commander of the Allied Rapid Reaction Corps (2004 – 2007).  During this appointment he also deployed as Deputy Commander (Stability) of ISAF IX in Kabul (2006).
In his address to the participants, General Del Vecchio praised the hard work, great dedication, leadership and vast competence of the hundreds of men and women belonging to the Headquarters multinational staff and of the Signal Brigade.  He underlined the success of the Headquarters while leading the NATO ISAF VIII mission in Afghanistan and the many exercises its members conducted with great expertise and professionalism.  The General encouraged the Headquarters staff and Signal Brigade personnel on parade to continue playing a proactive role as a constituent part of the NATO Response Force as it is and will continue to be NATO’s center of gravity and to this end, there is no room for failure.
For his part, the incoming commander, General Gay, declared he was very proud to be the new Commander of a Headquarters which has gained such a reputation with committed, confident and experienced staff, working in a cohesive and structured team. 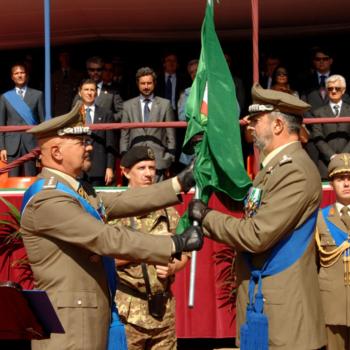 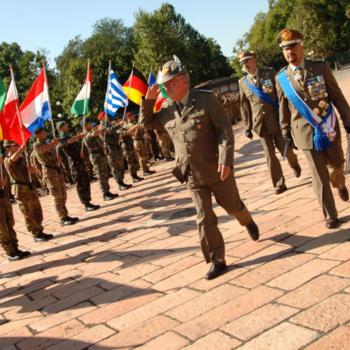 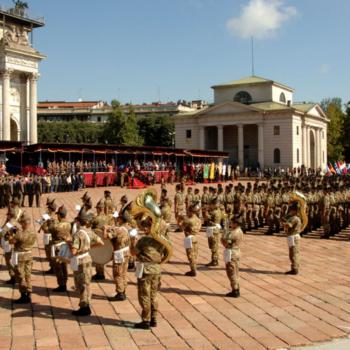 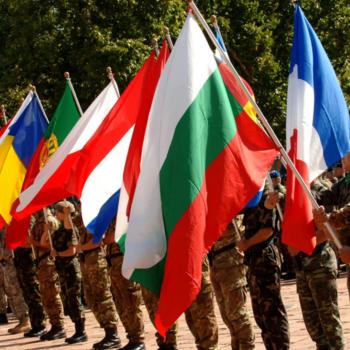