SOLBIATE OLONA (VA), 26 Sep 07. HQ NRDC-IT hosted a visit today by Lieutenant General Sir David Richards KCB CBE DSO, Commander of the Germany-based Allied Rapid Reaction Corps.
Both HQ NRDC-IT and ARRC have very strong links, not just as two of NATO’s rapidly deployable corps headquarters, but also in their shared experiences.
Commander NRDC-IT, Lieutenant General Giuseppe Gay, who was previously General Richards' deputy at ARRC, welcomed his colleague to Solbiate Olona early this morning.  Following a private office call, the two generals attended a background briefing on NRDC-IT, which provided an opportunity to update General Richards on this HQ’s current activities.
The focus then switched to Afghanistan, a theatre in which both HQs have led operations.  During his address, General Richards was able to update HQ NRDC-IT’s key staff on his own experience in Afghanistan, a command he assumed upon completion of HQ NRDC-IT’s own deployment to the country.
It is this shared experience and strong bonds that General Richards was referring to when he declared the relationship between ARRC and NRDC-IT is precious.  My visit has revealed you continue to feel the same way I do.  Long may it prosper.
For his own part, General Gay thanked his guest for his valuable insight into continuing NATO operations in Afghanistan and emphasised the value in applying it to his own headquarters’ future training. 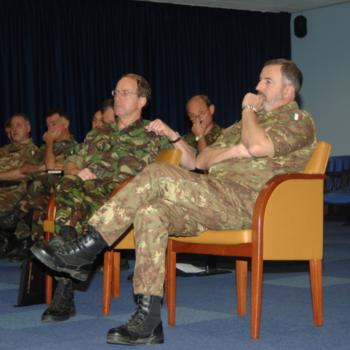 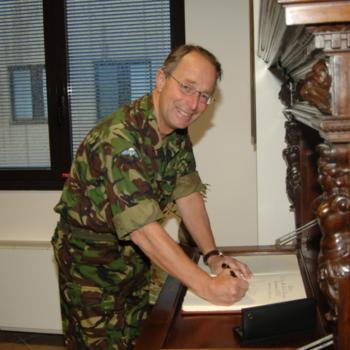 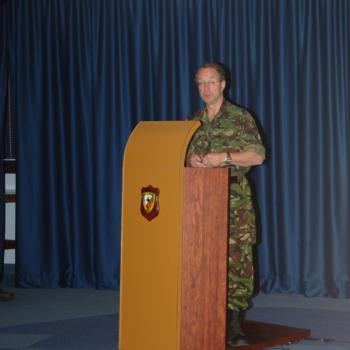