05 May 2006. Milan, Italy. After 9 months in Afghanistan in command of NATO’s priority mission, the International Security Assistance Force, the return to Italy of NRDC-IT Commander, Lt General Mauro Del Vecchio, marked the end of this Headquarters’ first operational tour. MILAN 05 MAY 2006. It is a distinct pleasure to congratulate and thank General Del Vecchio and his team for an excellent job. Well done! Minister Hikmet Çetin, NATO Senior Civil Representative to Afghanistan.
05 May 2006. Milan, Italy. After 9 months in Afghanistan in command of NATO’s priority mission, the International Security Assistance Force, the return to Italy of NRDC-IT Commander, Lt General Mauro Del Vecchio, marked the end of this Headquarters’ first operational tour.
During the Italian Headquarters-sponsored tenure of the NATO mission, Afghanistan saw;
The successful completion of a second round of democratic elections, the National Assembly and Parliamentary Council Elections. Organised by the Afghan and United Nations Joint Electoral Management Body (JEMB), the safe and efficient conduct of the elections in September 2005 were a testament to thorough preparation and cooperation between the Afghan Government and the international community.
The inauguration of Afghanistan’s first parliament in 27 years. Following the election process, the appointment of upper and lower houses and the inauguration of their chambers in Kabul gave the country stronger democratic representation and assistance to the President and his Cabinet.
The completion of the expansion of the ISAF mission to the West of the country and preparation for further expansion into the South. As part of the plan to extend the NATO-led peacekeeping mission throughout the whole of Afghanistan, Regional Coordinators and Provincial Reconstruction Teams along with the logistic and security infrastructure to support them, are now prepared and established to provide security assistance in 13 of the country’s provinces providing security assist.
General Del Vecchio handed over command of the ISAF mission to Lt General David Richards of the UK-sponsored Allied Rapid Reaction Corps in Kabul on 05 May. The ceremony was attended by General Gerhard Back, commander of Joint Force Command Brunssum, NATO’s operational Headquarters which permanently overseas the mission to support the Afghan Government.
To mark the completion of the mission and its return to Italy, the Headquarters will participate in a parade in Milan on 13 May 2006. Thereafter, following some deserved leave, the officers and soldiers of the Headquarters will return to a rigorous schedule of exercises in preparation to play their part as NATO Response Force Headquarters in 2007. 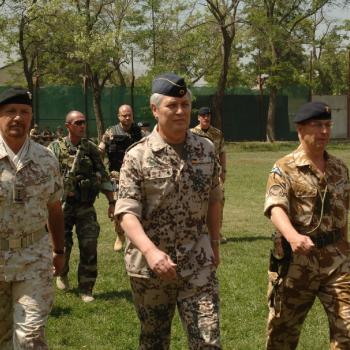 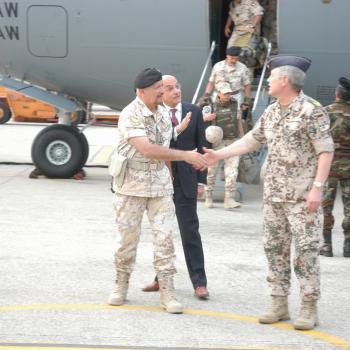 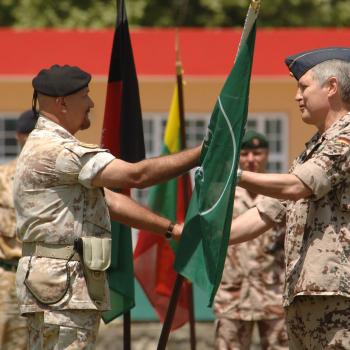