SOLBIATE OLONA (VA), 20 Jun 06. This week the Headquarters has hosted a fact-finding visit from the Poland-based NATO Multinational Corps North East, recently earmarked as a future ISAF framework Headquarters.
The fact-finding visit, comprising some 28 officers from the 8-nation NATO Headquarters under the Chief of Staff, Polish Brigadier General Henryk Skarzynski, comes as HQ NRDC-Italy concludes its rest and recuperation period after the nine month security assistance commitment in Afghanistan , ISAF VIII.
The visiting Headquarters was most interested in the preparation and training requirements for the ever-expanding NATO mission, deemed the Alliance’s priority, and they came to the right Headquarters; NRDC-Italy underwent a more rigorous training regime than any ISAF framework HQ before it, culminating last June in the JFC Brunssum-sponsored Exercise Eagle Thunder, NATO’s readiness exercise which all missions must pass before taking on the Kabul-based command.
During the visit, General Skarzynski and his staff were briefed about the ISAF VIII training regime, from the Eagle Focus lectures and seminars, to Exercise Eagle Action with its mock-up of the Kabul Headquarters, which allowed the HQ to pass NATO’s deployment tests with flying colours. Crucial aspects of the briefings to HQ MNC NE covered training, budgeting, manning and the lessons learned from the ISAF VIII mission.
General Skarzynski’s comments on the value of information conveyed to the visitors was highly praiseworthy, allowing the
future ISAF Headquarters to return to Poland armed with the fruits of nine months of experience in the Afghan theatre.
HQ NRDC-Italy looks forward to a continued contribution to NATO’s crucial security assistance mission and wishes Multinational Corps North East as successful a preparation period as that of ISAF VIII. 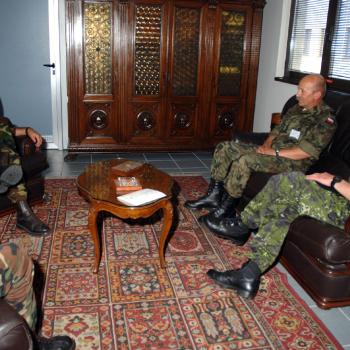 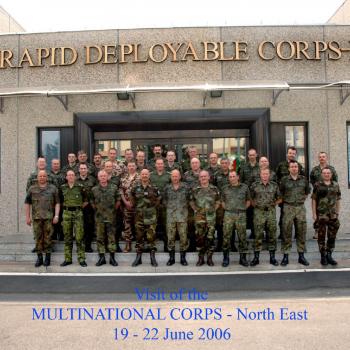 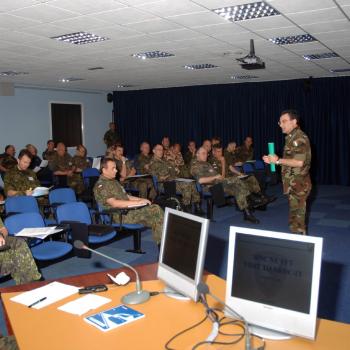 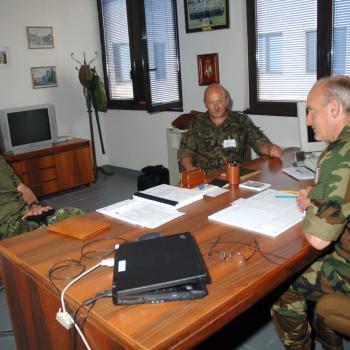