SOLBIATE OLONA (VA) 10 OCTOBER 2006. Brigadier General Raffaele De Feo takes over as Commander of the HQ NRDC-IT’s Signal Brigade.
During a ceremony marking the occasion, Brigadier General Raffaele De Feo addressed around 200 members of his new Brigade and talked of his pride and the challenges to come.  Meanwhile, Brigadier General Ruggero d’Osualdo wished his successor well as he was applauded by those who had gathered to say goodbye.
Also addressing the troops, local veterans and dignitaries, Lieutenant General Mauro del Vecchio welcomed the commander as he embarks on his new adventure.
Brigadier General De Feo arrives after serving 6 months as the Italian representative at the US Central Command in Tampa, Florida.  A Bersaglieri infantry officer, he was Deputy Commander of the Brigade before that, as well as serving in Kosovo and as the Italian Defence Attaché in India.
Brigadier General D’Osualdo moves on to the Italian Higher Staff and Command Institute, where he will attend a one year course in International Strategic Affairs.
The Signal Brigade consists of the 1st Signal Regiment based in Milan, and a Tactical and Logistic Support Regiment co-located with HQ NRDC-IT in Solbiate Olona.  Its 1.800 men and women provide the headquarters with life support by deploying, moving, feeding, accommodating, administering and protecting it. 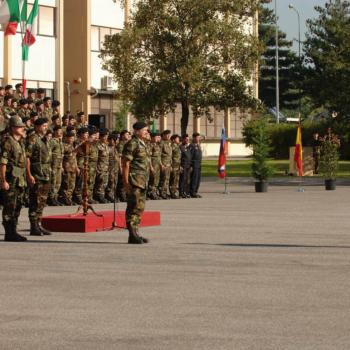 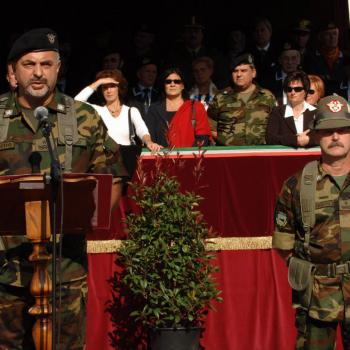