KABUL (AFGHANISTAN) 15 April 2005. As part of the comprehensive build up to assumption of command of HQ ISAF VIII, this Headquarters has completed a detailed reconnaissance of the Afghan theatre to better inform its preparation and training. KABUL (AFGHANISTAN) 15 April 2005. As part of the comprehensive build up to assumption of command of HQ ISAF VIII, this Headquarters has completed a detailed reconnaissance of the Afghan theatre to better inform its preparation and training.
The visit comes at a crucial time for NATO, as the Alliance prepares for expansion and a greater role in rebuilding the country, and Afghanistan as it gears up for crucial regional elections in September.
The recce began with a series of staff talks at the NATO’s controlling Headquarters for the operation, Joint Force Command Brunssum in the Netherlands. Here the key leaders of HQ NRDC-IT met with their counterparts in the higher Headquarters, discussing the long term planning for the mission, expansion of NATO’s role and the approach to the crucial regional elections in September.
The team, under Lt Gen Del Vecchio, then travelled to Kabul for a week of Key Leader Training, with the aim “o prepare ISAF VIII Key Leaders for their responsibilities in the ISAF mission and contribute to its success, including…preparatory training. The team was also joined by ISAF VIII designated Deputy Commander, Major General Jaap S. Willemse, current Deputy Commander CAOC 2 in Kalkar.
In theatre they received the latest information on the security and tactical situations from the current ISAF VII Commander, Turkish Army Lieutenant General Ethem Erdagi , Kabul Multinational Brigade (KMNB) and Provincial Reconstruction Teams (PRT). The training then continued with meetings and visits with the main agencies involved in assisting Afghanistan , from the US-led Coalition Force Command –Afghanistan (CFC-A) Commander, Lt Gen David W. Barno, to the United Nations Assistance Mission Afghanistan (UNAMA).
During the visit in Kabul Lt Gen Del Vecchio met also HE Ettore Francesco Sequi , Italian Ambassador to Afghanistan and General Bismullah Khan, Afghanistan Chief of Army General Staff.
At the end of such a detailed recce, it was important to ensure all the issues identified were correctly addressed for future planning and so the team returned to JFC Brunssum for an ISAF seminar. The task now falls to the key leaders, under the Commander, to pass on their knowledge through the Headquarters’ major training exercises, Eagle Action and Eagle Thunder in May and June respectively.
The ISAF mission is conducted under the UN-ratified Bonn Accord, and has been under NATO control since August 2003. The mission directs the provision of support to the Government of Afghanistan to ensure a safe and secure environment within the capital and the surrounding area. 37 countries contribute to the Alliance mission, maintaining a total of 600 staff and 8000 soldiers in the theatre. HQ NRDC-IT is to assume command of ISAF in August 2005. 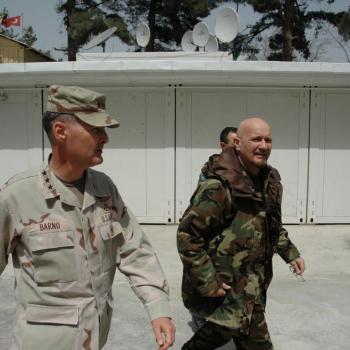 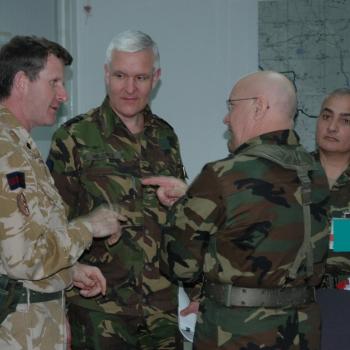 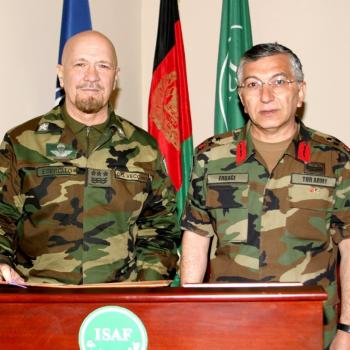 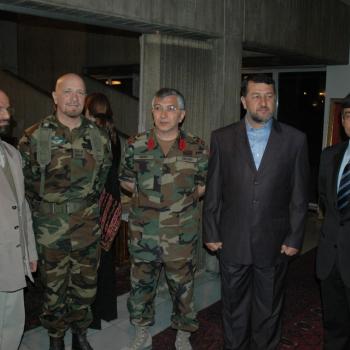 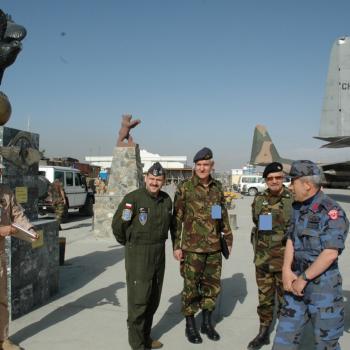 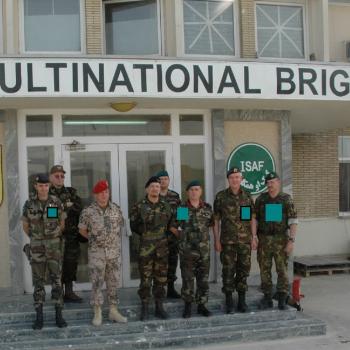 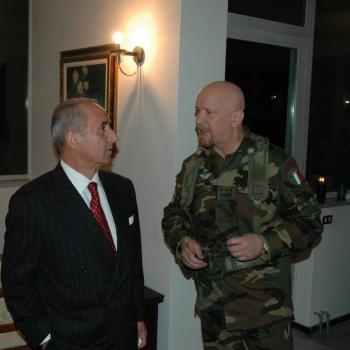 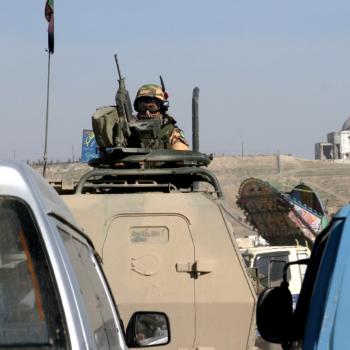 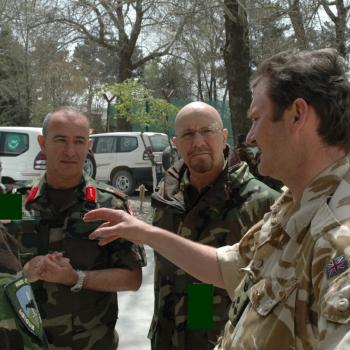