SOLBIATE OLONA (VA) 25 May 05. HQ NRDC-IT has hosted a visit from General Peter Pace, currently Vice Chairman and designated the new Chairman of the US Joint Chiefs of Defence Staff. SOLBIATE OLONA (VA) 25 May 05. HQ NRDC-IT has hosted a visit from General Peter Pace, currently Vice Chairman and designated the new Chairman of the US Joint Chiefs of Defence Staff. Accompanied by the former commander of HQ NRDC-IT and current Italian Deputy Chief of Defence, Gen Fabrizio Castegnetti, the visit marked the end of a week-long tour of Italian and Italy-based US military commands and Headquarters.
General Pace’ visit is of particular importance to the Headquarters and comes as HQ NRDC-IT prepares to deploy to Norway to conduct its mission readiness training to assume HQ ISAF in Kabul. In Afghanistan, NATO’s cooperation with the US-led Operation Enduring Freedom is crucial and formed the mainstay of the day’s discussion points.
After meeting the General at Malpensa Airport and accompanying him to Ugo Mara Barracks, the Commander, General Mauro Del Vecchio, introduced him to the Senior National Representatives of the Headquarters over coffee. The General was then briefed on the history of the Headquarters and plans for the Garrison including the Monte Rosa Village project, the Headquarters preparation for ISAF and the issues it expects to face in theatre. After a tour of the command infrastructure, the General and his wife were hosted at a supper in the Headquarters’ official seat in Milan, Palazzo Cusani.
General Pace’s comments on his impression of the Headquarters were most positive and he was adamant in reinforcing US contribution to NATO in Afghanistan. …from my perspective, everything that I saw has been encouraging. From the US perspective, we look forward first to continue to work side-by-side with ISAF, then to be with ISAF inside NATO so that the NATO command will be the primary command in Afghanistan.
General Pace, a highly decorated United States Marine Corps officer, has been the Vice Chairman since Oct 2001 and is the first marine to be selected as Chairman of the Joint Chiefs of the Defence Staff. He will replace General Richard B Myers who retires in September.
The ISAF mission is conducted under the Kabul Process, and has been under NATO control since August 2003. The mission directs the provision of support to the Government of Afghanistan to ensure a safe and secure environment within the capital and the surrounding area. 37 countries contribute to the Alliance mission, maintaining a total of 600 staff and 8000 soldiers in the theatre.
Operation Enduring Freedom is a US-led coalition of 22 nations with 18,300 troops, with a mission to establish enduring security in the Afghanistan, defeat Al Qaeda and associated groups and deter terrorism. 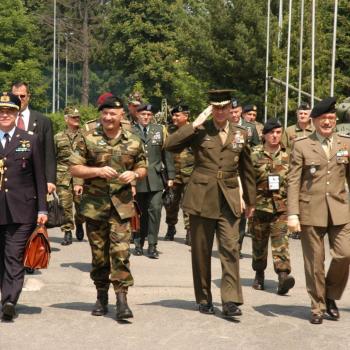 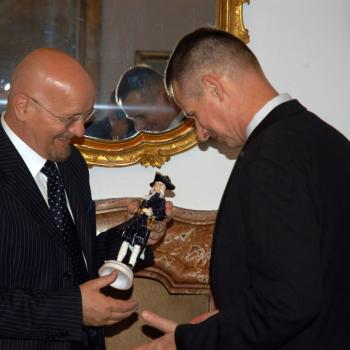 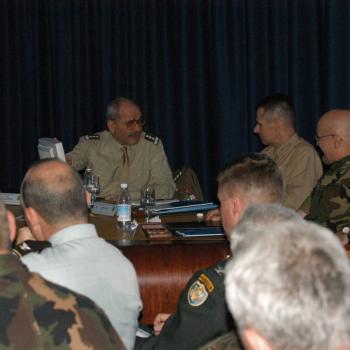 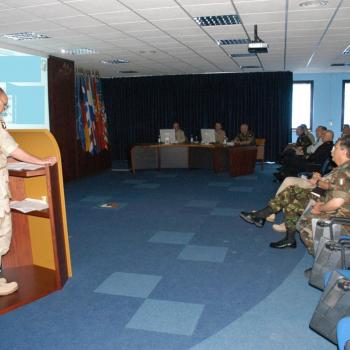 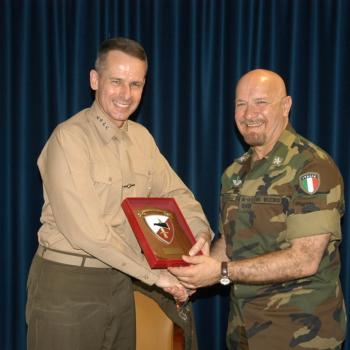 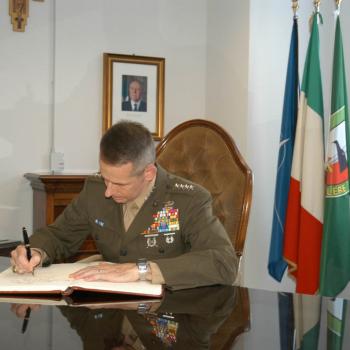