MINISTER CICU SALUTES HQ NRDC-IT ON ITS DEPARTURE FOR AFGHANISTAN

SOLBIATE OLONA (VA), 28 June 05. On the eve of its departure for Kabul to command ISAF VIII, this Headquarters has received an operational send-off from Minister Salvatore Cicu, under-secretary of state for Defence. SOLBIATE OLONA (VA), 28 June 05. On the eve of its departure for Kabul to command ISAF VIII, this Headquarters has received an operational send-off from Minister Salvatore Cicu, under-secretary of state for Defence. Accompanied by The Chief of the Italian Army Staff, General Giulio Fraticelli and the commander of the Italian Operational Land Forces General Cosimo D’Arrigo, the Minister took the opportunity to officially open the Headquarters building of HQ NRDC-IT within Ugo Mara Barracks and to address the assembled military, their families and local dignitaries.
The Minister conveyed to the parade the importance of the missions, saying In Afghanistan…we have achieved important steps, but our presence is still fundamental to strengthen the nascent democratic rule and to avoid the chaos and violence perpetrated by the pockets of resistance of terrorist groups which are still present in that region. Gen Fraticelli chose to underline the importance of this new NATO Headquarters to Italy, This Rapid Deployable Corps is a reality on which our country can now rely and, thanks to the continued commitment of its allied nations, demonstrates its intent to assume yet greater responsibility in the NATO arena.
The Commander of the Corps, General Mauro del Vecchio, replied, saying We will look to the long-term, for the benefit of the International Community.
During the course of the visit, Gen del Vecchio took the chance to show the visitors the extent of infrastructure development of the Barracks and future plans for the Headquarters, its Garrison community project Monte Rosa village. As well as key officers from the Headquarters, the parade held a representation from the Taurinense Alpine Brigade, which will deploy in August to form the Kabul Multinational Brigade, and the Logistic Support Regiment, which formed ITALFOR 11 on 1 Jun 05, to assume control of the new Italian Provincial Reconstruction Team in Herat.
The Italian-sponsored Corps will assume command of ISAF for a period of nine months, deploying 190 officers and soldiers from the HQ and a further 600 logistics, support and communications personnel.
The Corps will take over command from HQ NRDC-TU and will operate under the control of the operational Headquarters, NATO’s Joint Force Command Brunssum, in the Netherlands. This mission signifies the first operational deployment for HQ NRDC-IT since its creation in Nov 2001. 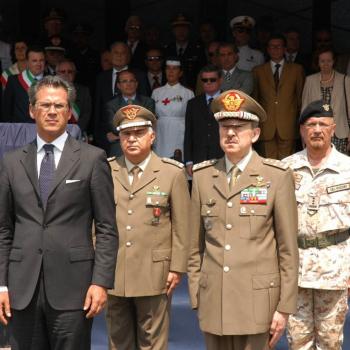 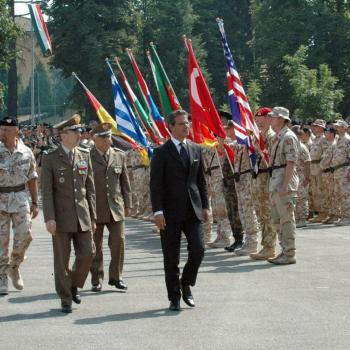 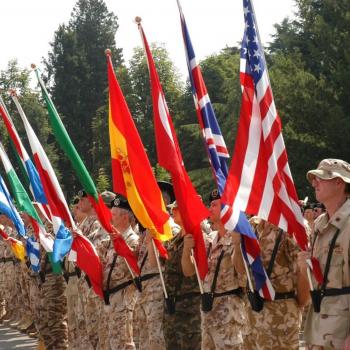 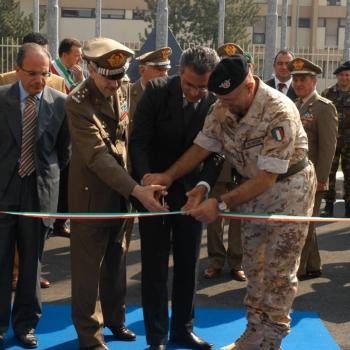