ISAF VIII TAKES ON THE MANTLE OF NATO’S PRIORITY MISSION KABUL (AFGHANISTAN), 04 August 2005. Attended by His Excellency President Karzai and Italian Foreign Minister Fini, and presided over by General Gehard Back of Joint Force Command Brunssum and NATO’s Senior Civilian Representative, Minister Çetin, today Italian Lieutenant General Mauro del Vecchio received the ISAF flag from Turkish Lieutenant General Ethem Erdaği to mark the occasion of the change of command of NATO’s International Security Assistance Force.
General Erdaği received honours from Italy and Afghanistan for his role in command of ISAF VII. General Back summarised the achievements of the outgoing rotation, saying The mark of your team has been to push the boundaries of the possible, enabling the country to move perceptively forward. You can be justly proud of your part in creating the foundations for the long-term future of this country through your determination, innovation and resolve.
President Karzai thanked the nations contributing to ISAF, in particular the sacrifices made by their sons and daughters, before inspecting and personally thanking soldiers of the new ISAF contingent.
After the parade, Minister Çetin joined General Back and General del Vecchio in a press conference where the focus was the upcoming elections and NATO’s successful expansion to the West of the country and future expansion to the South.
Both Minister Çetin and General Back affirmed that ISAF would eventually expand to operate throughout the whole of Afghanistan, necessitating thorough planning of PRT lead nations and force size, but that USA troops will continue to play a crucial role as part of the expanding NATO force.
The mission of the International Security Assistance Force, under NATO’s lead and a United Nations mandate, is to assist the Government of Afghanistan to provide a stable and secure environment in Afghanistan. NATO assumed leadership of the ISAF mission on 11 August 2003. Lieutenant General Mauro Del Vecchio’s assumption of the NATO command marks the beginning of the fifth period of NATO’s tenure over the ISAF mission.
NATO’s continued expansion into the West and planned expansion into the southern region of Afghanistan demonstrates its nations’ continuing long-term commitment to stability and security for the Afghan people and the priority placed in this mission. Currently there are more than 8000 Soldiers under ISAF command, increasing to 10000 during the build-up to parliamentary elections, representing 37 NATO and non-NATO countries. 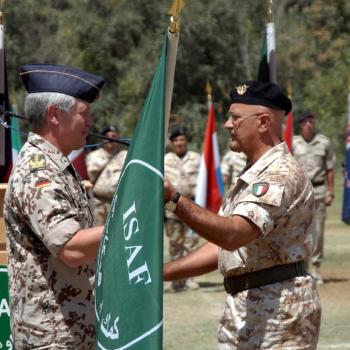 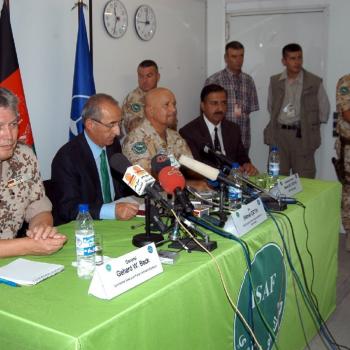 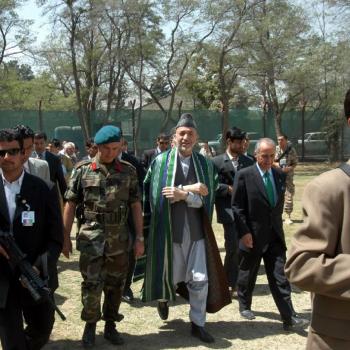 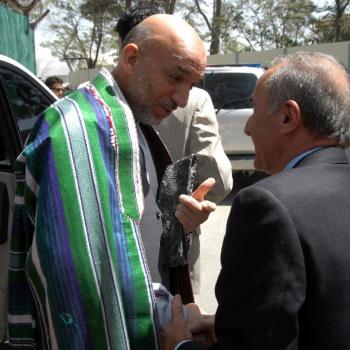