VISIT OF THE FRENCH CHIEF OF ARMY GENERAL STAFF SOLBIATE OLONA (VA), 10 MARCH 2004. The French Chief of the Army General Staff, General Bernard THORETTE, today visited the NATO Rapid Deployable Corps – Italy (NRDC-IT).
General THORETTE was received by Lt Gen Giulio FRATICELLI, Italian Chief of Army General Staff, and by the Land Operational Forces Commander, Lieutenant General Cosimo D’ARRIGO.
The NRDC-IT Commander, Lieutenant General Mauro Del Vecchio, briefed them on the goal achieved, and the future commitment related to the NATO Response Force (NRF) as the Corps will be the land Component Command for NRF 3 from 1st July 2004 to 15th January 2005.
General Thorette presented the project of the French High Readiness Force Headquarters that is going to be built up in LILLE, in the north part of France. Furthermore he praised the Italian Army effort as the headquarters achieved the Full Operational Capability only 13 months after its foundation on 1st November 2001.
This is the second visit of a French High Military delegation to the High Readiness Headquarters provided by Italy to NATO, following the one of the French Chief of Defense Staff, Gen BENTÉGEAT, last January.
General Thorette and General Fraticelli visited some buildings within the Ugo Mara barracks and in particular the new Headquarters building – named Star Ship, that has been completed and where the international staff from 11 nations has already moved since one week.
The overall project represents a deep change in the Italian Army infrastructure concept and contributes to its evolution to a professional one as it foresees to realize a structure, named Monterosa village capable of hosting: 210 families, both Italian and international, schools, shops, a commercial center, a post office, a bank and some sport facilities.
During the visit Gen Fraticelli awarded Gen Thorette with the Italian Defense Honor Medal for his active contribution at improving the relationship amid the Italian and French Armies as well as keeping alive the reciprocal friendship between the two countries. 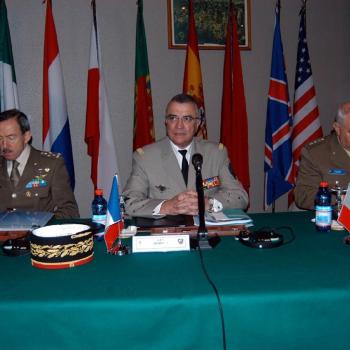 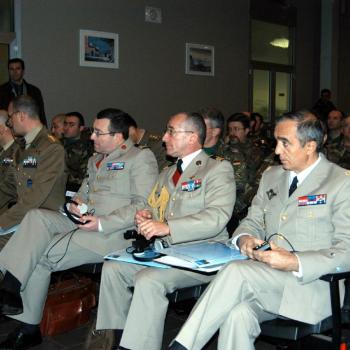 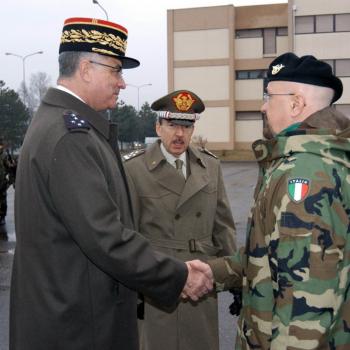 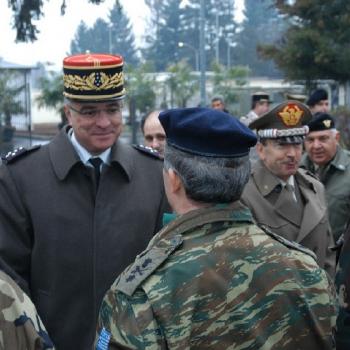 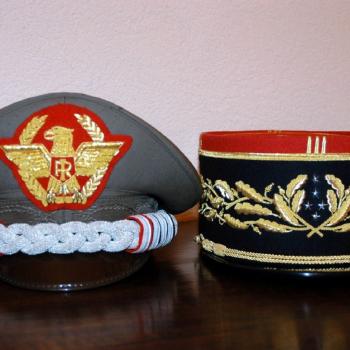 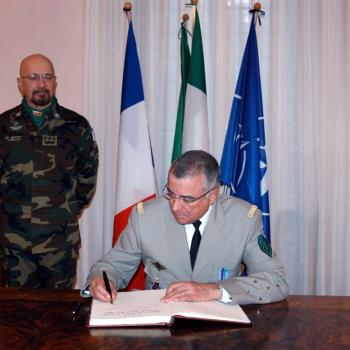 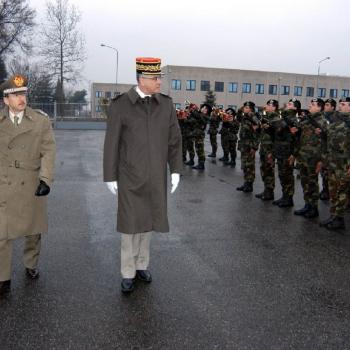